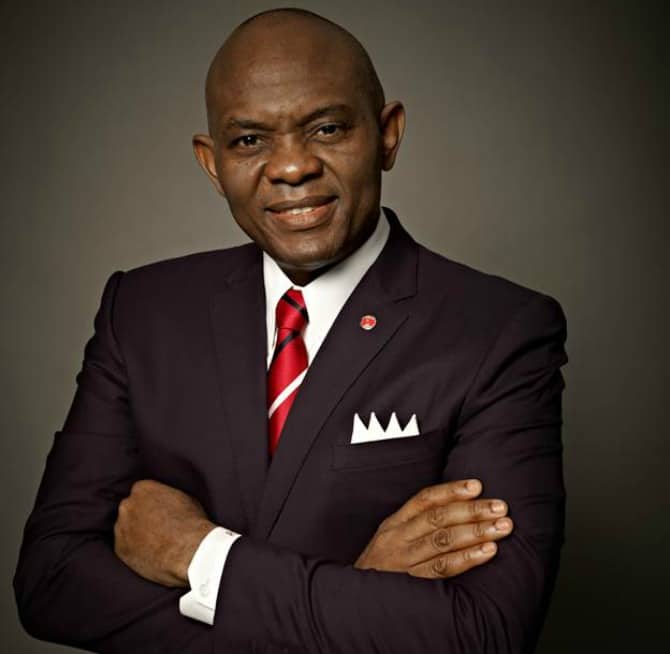 Chairman of Heirs Holdings and founder of the Tony Elumelu Foundation, Tony Elumelelu says Africa can be self-sufficient if the government put infrastructure in place for businesses to thrive.

Elumelu, made the statement on Sunday, urged African leaders and development institutions to assist in addressing the increasing job and employment crisis affecting the continent.

He said this could be done through lending support and paying critical attention to the agricultural sector, while creating access to electricity and also developing entrepreneurship.

READ ALSO: Nigeria will be out of recession by end of 2017 -CBN Governor

Addressing the theme ‘How do we create 10 million jobs by 2020?’ at the Youth Connekt Africa Summit in Rwanda on Saturday, the philanthropist stated that access to electricity and focus in the agricultural sector would boost entrepreneurship and solve the challenge of unemployment. He added that such will lead to the creation of more jobs in the continent.

He also asserted that the private sector has a lead role to play in contributing to job creation in Africa. He referenced his foundation and its various investments in these key areas saying its contribution to the continent is evident in its $100million commitment towards supporting African entrepreneurs over the years.

He said, “Today we have businesses in 20 African countries and employ 30,000 people directly and 50,000 people indirectly. Agriculture, access to electricity and entrepreneurship have the potential to create more jobs in Africa”.

READ ALSO: Alaafin Of Oyo Says Restructuring Is The Only Way Forward

The business mogul said “Africa can be self-reliant and self-dependent if the right infrastructure and government support are put in place to boost these sectors”.

Consequently, he lauded the work of President Paul Kagame for his initiatives in the areas of entrepreneurship and attracting key investments to the African continent.

President of the African Development Bank (AfDB), Akinwunmi Adesina, aligning with Elumelu’s standpoint, agreed that agriculture could create jobs for the growing African population, if the youth viewed the sector, not merely as a way of life, but as a business venture.

He also commended Elumelu for his strides in entrepreneurship and promised to support the work of the TEF in the creation of jobs.

The Youth Connekt Summit, hosted by the president of Rwanda, had 2,500 guests from the private and public sectors.