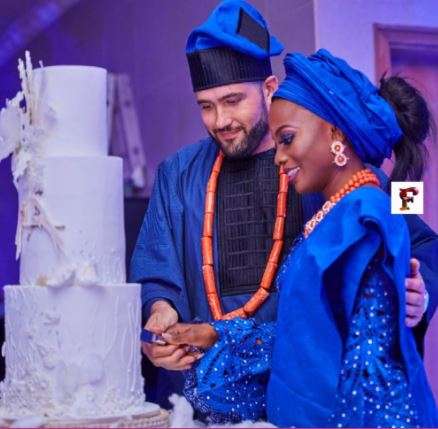 Over the weekend, Toke Makinwa’s sister, Busayo tied the knots to her Norwegian heartthrob, Stian Fossengen with the traditional ceremony held at the Civic Center, VI, Lagos.

Busayo Makinwa and Stian, were exquisitely dresses in their royal blue attires with the bride’s attire especially adorned with Swarovski Crystals

Her outfit was blinged out with Swarovski crystals, and she had a plain ipele and  gele alongside a beaded neck-piece to complete the traditional Yoruba bridal look. 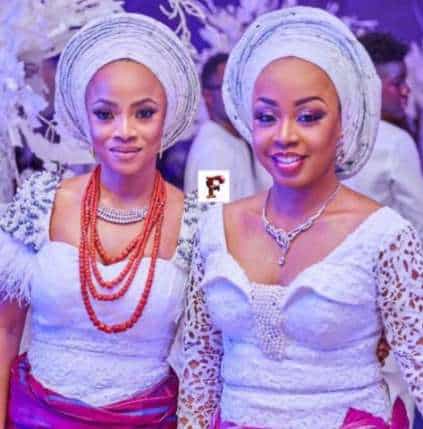 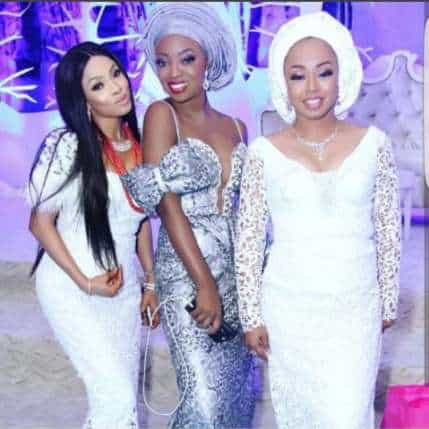 The brides sisters, Toke and Ope Makinwa were also beautifully dressed at the wedding.