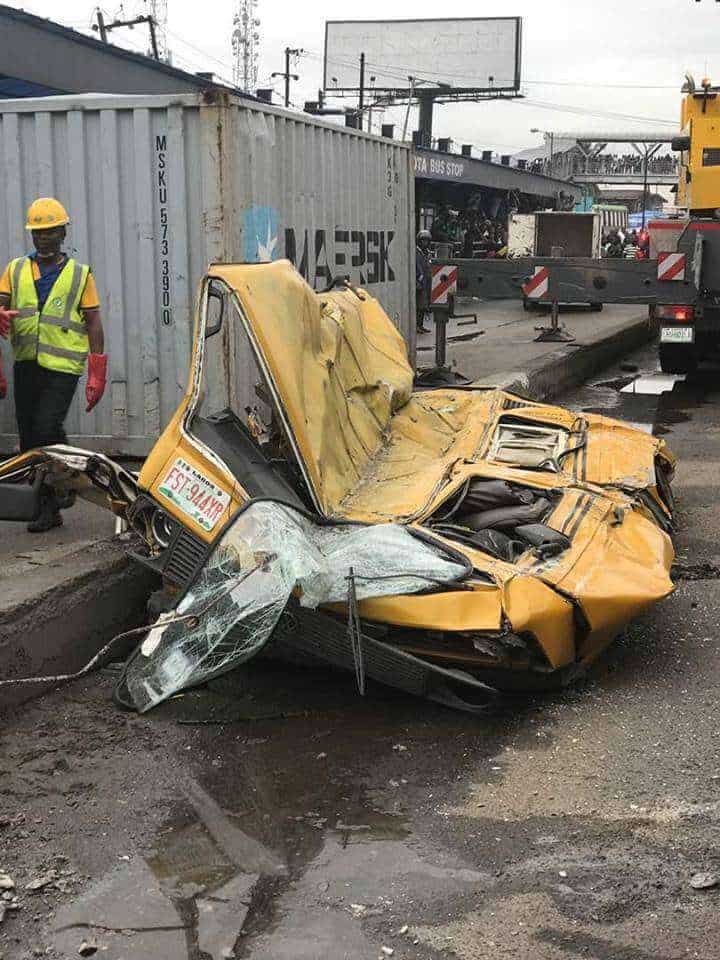 The pastor, wife and children before the incident. Photo: Punch

A pastor of Redeemed Christian Church of God, RCCG, identified as Charles Ezechila and his two young sons were among the five victims of the tragic accident that occurred in the Ojota area of Lagos last Saturday.

The pastor and his two children were said to have attended RCCG’s Holy Ghost Service, a programme usually held on first Friday of each month, at Lagos-Ibadan Expressway.

However, on their way back from the programme, he, along with his two children: Peculiar, 12 and Chibuike, 14 died in an accident as a 40-ft container ended their chance of reuniting with the rest of the family.

Charles’ wife, Vivian, recounts her last conversation with her husband and father of four.

She told Punch that she had stayed back with her other two children as she didn’t like going to the camp, and had told Charles to be careful on his way back home because of the tension in the Ikorodu area of Lagos over the notorious Badoo cult group.
She later got an unexpected call from her pastor early Saturday morning.

She said: ‘I called my daughter that I was not comfortable with the questions our pastor asked me on the telephone. I asked her to call our church member in Ojota to know if my husband and two children were in Ojota.

‘The fellow told us there was an accident at Ojota. We then asked who was involved. He said my husband, my two sons with some other church members — one old woman and our neighbour’s child, Daniel’.

Vivian, who complained of the police’s conduct since the incident, begged the state government to enforce a strict law for trucks playing its roads.

‘The government should do something about trucks and containers. They have wasted many lives. How can a truck carry a container without clipping or chaining it? If the containers were tightly held to the truck, they won’t fall off,’ she said.

Many truck drivers have been found guilty of carrying loose containers and driving recklessly on Nigerian roads, thereby endangering the lives of other road users.