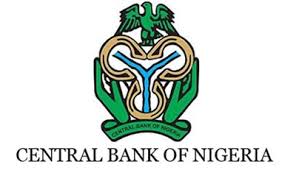 The Central Bank of Nigeria (CBN) will this week be issuing treasury bills to mop-up N238 billion, while also disclosing the inflation data for June, expected to sustain the downward trend for the fourth consecutive months.

Vanguard reported that the CBN, will issue the treasury bills worth N238.7 billion in order to prevent upsurge of excess liquidity in the interbank money market, possibly causing an upward pressure on inflation and exchange rate.

Meanwhile the CBN has today Monday, injected $142.5 million as an intervention for the interbank market.

Analysis of the intervention showed that dealers in the wholesale segment were sold  $100 million, while $23 million was sold to the Small and Medium Enterprises (SMEs) segment. N19.5 million was also sold to individuals requiring foreign exchange for bills such as tuition fees, medical payments and Basic Travel Allowance (BTA).

Also improvement in local content in the manufacturing sector has been attributed to the effectiveness of the CBN’s forex policy by analysts at Cowry Assets Management Limited.

Citing a report by the Manufacturers Association of Nigeria (MAN), they pointed out that local content increased to 53.17 per cent in 2016 from 48.75 per cent recorded in 2015 and 47.18 per cent in 2014. They said: “This is an affirmation of the foreign exchange policies of the Central Bank of Nigeria, particularly its June 2015 policy which aims at encouraging local sourcing of raw materials by manufacturers by excluding importers of certain goods with local substitutes from accessing foreign exchange from the Nigerian foreign exchange markets”.

“The foreign exchange policy was also intended to enable conservation of scarce foreign exchange as well as boosting employment generation in the country. We opine that, should the external sector remain relatively healthy on the back of favourable and sustainable crude oil price levels, the positive impact of the policy would be more sustainable, and manufacturers will be able to transfer the benefit of their cost savings to the final consumers via lower output charges in a competitive environment in the short to medium terms.” They added.

Analysts have previously predicted that the inflation rate will continue to experience the downward trend of the four previous months. The inflation rate has steadily been on the increase in the past steadily for 18 months reaching 18.72 per cent January this year.

However, it had been on a downward trend since then, dropping to 16.25 per cent in May.