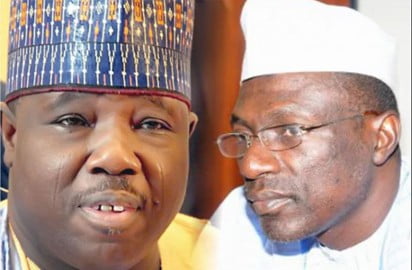 Despite of the supreme court ruling that validated the leadership of the Ahmed Makarfi Led caretaker committee, the crisis within the PDP in Lagos state is far from over.

A group hitherto loyal to Ali Modu Sherriff’s faction of the PDP, led by Shegun Adewale is still holding on to the state secretariat of the party, claiming that the supreme court’s judgement does not in any way affect its leadership.

Meanwhile, former president Goodluck Jonathan has call on defectors to come back to the Peoples Democratic Party this is coming after the supreme court declared Ahmed Makarfi as chairman of the PDP).

Jonathan urged party members who abandoned the umbrella of the party due to the long-running leadership crisis to return to “their natural home”.