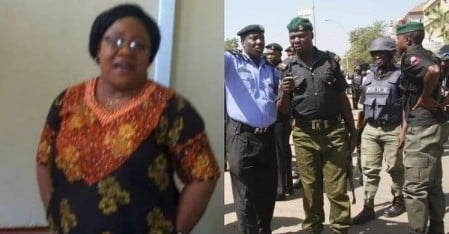 Mrs Olufunke Oluwakemi Kolawole, Osun state  permanent secretary in charge of the Bureau of General Services has been murdered in Okene, Kogi State.

Mrs Kolawole, reportedly left Osogbo, the capital of Osun state on a journey to Abuja on Thursday 13, but was reportedly killed in Okene.

Naija News learnt that Kolawole was reportedly on her way to join the celebration of a friend, the solicitor-general of Osun state, who was recently elevated to a judge.

She was attacked by alleged gunmen along the Okene-Abuja road. Though she was rushed to the hospital in Lokoja, she did not survive.

The report said Ajibade described her sister’s death as devastating and shocking adding that anxiety had crept in when the family did not hear from her after she embarked on the journey.

“I spoke with her last on Wednesday, and one of my sisters called me on Thursday evening that her number could not be reached; I rushed down to her house at Ofatedo where I gathered that she was in a critical condition after being attacked and shot by ‘armed robbers’ in Kogi state, on her way to Abuja for an event.

“We later arranged among the family members to travel to Kogi and ascertain her condition, but we were prevailed upon not to go again, as some of her associates confirmed to us that she was dead,”

Ajibade reportedly said about the permanent secretary, who is from the Modakeke area of Ife East local government area of the state.