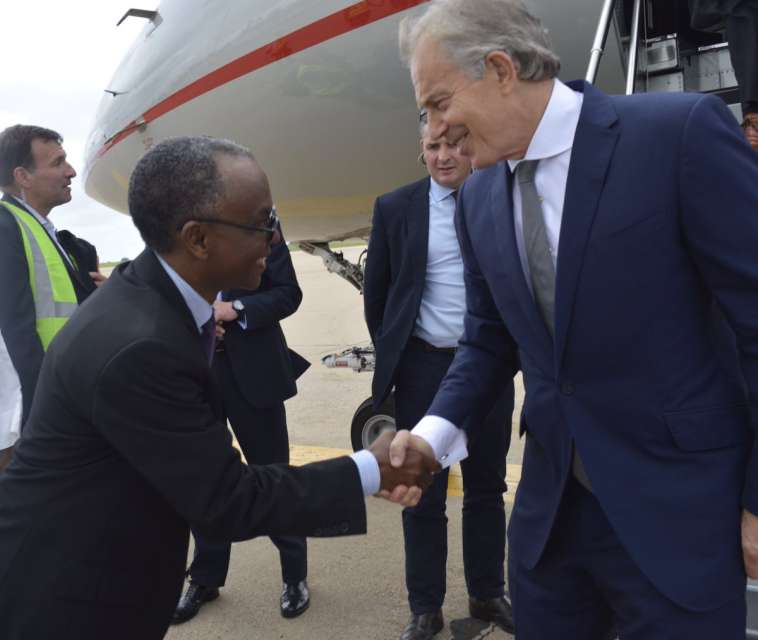 Blair was welcomed to the state by the goverenor at the airport after which they proceeded to a closed door meeting.

The former British Prime Minister was afterwards introduce to the Kaduna State Executive Council where the two leaders spoke about leadership and governance.

Tony Blair expressed how priviledged he felt to be in Kaduna with Governor Nasir El-Rufai, describing   Kaduna as an “important state in Nigeria”.

During the meeting, El Rufai emphasised the need for diversification of the country’s resources, saying a impending collapse of oil prices is an avenue to shift the country’s attention away from oil to developing other areas that can grow the economy.