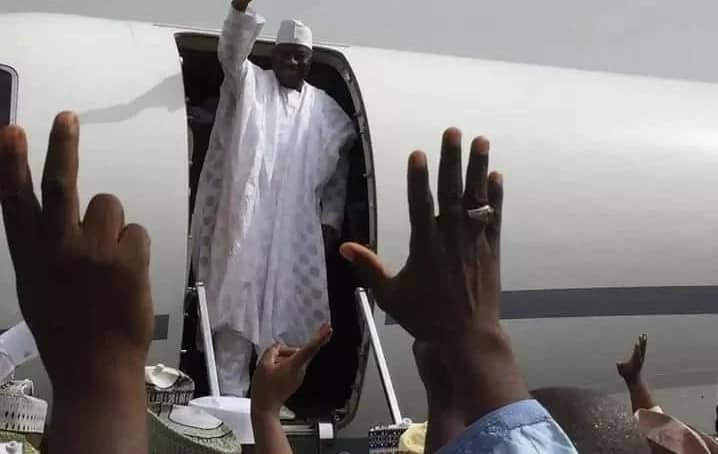 Goodluck Jonathan received by a mammoth crowd in Kano

Jonathan who visited Kano State on 8th of July, was received by Residents Of Kano State while on a condolence visit to Governor Umar Ganduje over the demise of Danmasanin Kano Amb. Dr. Yusuf Maitama Sule.

Jonathan was received by a mammoth crowd of people carrying posters and banners.

He contested and lost the 2015 presidential election, upon which he conceded defeat and became the first sitting Nigerian president to do so in Nigeria.