The Director General of UNESCO, Irina Bokova has inv 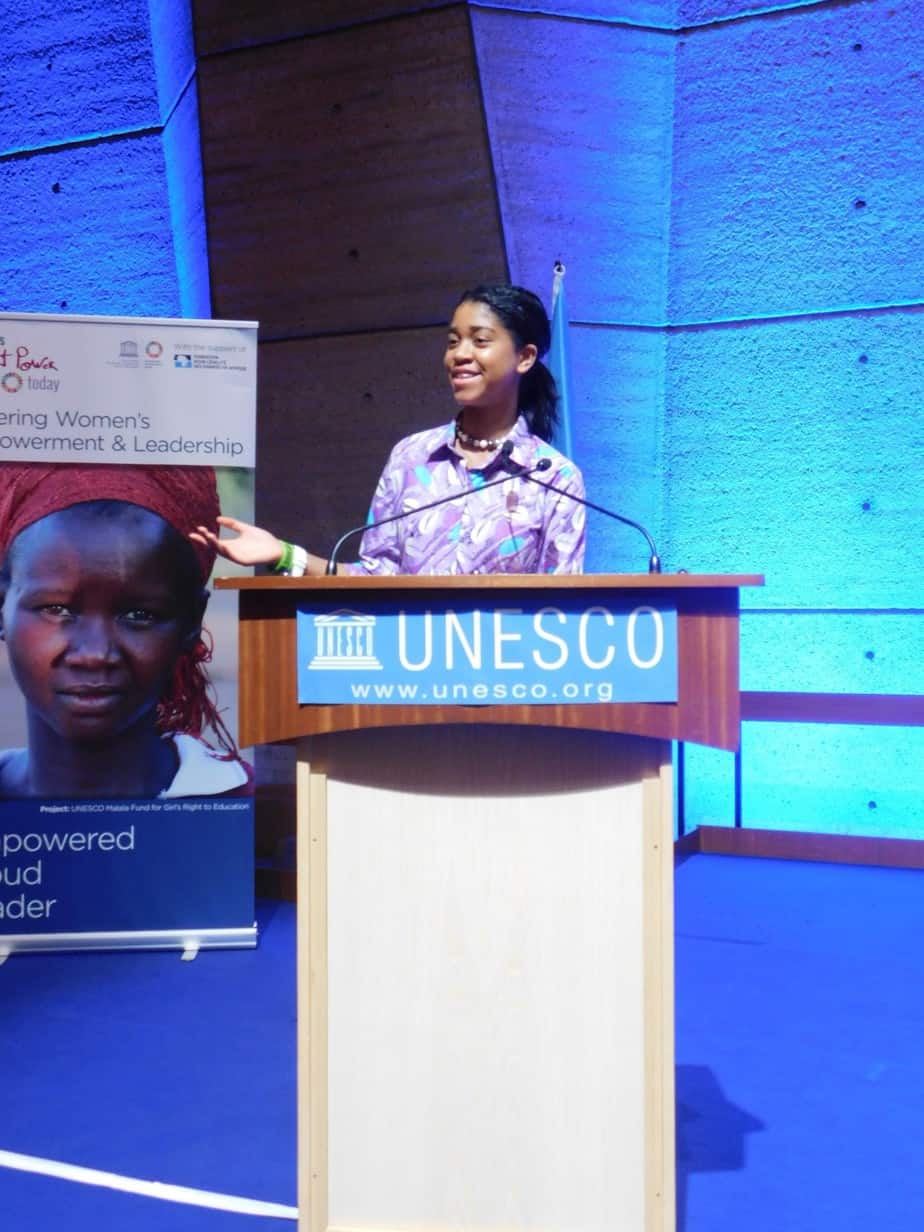 Zuriel was one of the 55 women experts in the areas of women leadership, global development to steer the conference in the capacities of speakers and panellists, in exploring the soft power approach. The “Soft Power “conference centred on tackling the persistent global issues of gender equality.

Zuriel was invited to share her beliefs on the media’s role in changing the negative and distorted  perception and representation of women.

She was also honoured during the conference for her continuous work in advocating for Girls Education, by the President of Malta, Marie Louise Preca, who is a member of the Global Council of Women Leaders.

At its first ever “Soft Power” global conference aimed at tackling the lingering global issues of women equality, Irina Bokova – UNESCO Director General invited 55 women experts in field from Women Leadership to Global development to lead the conference as speakers and panelists, in exploring this soft power approach.

Other individuals invited include current and past female Presidents, First Ladies, Female Foreign Ministers, female members of Royal Families from across the world and Zuriel Oduwole.

Speaking to UNESCO and French media afterwards, Zuriel was asked what she took away from the conference. “I learned that privilege is invincible to those who have it, because they can’t see it, and can’t see the effect on those who do not have it”.

Zuriel Oduwole has received much fame on the international scene and has been honoured by severaly world figures. In January by former U.S. Secretary of State – John Kerry, for her efforts in empowering Girls across Africa and beyond, through her basic ‘Film Making 101″ class.