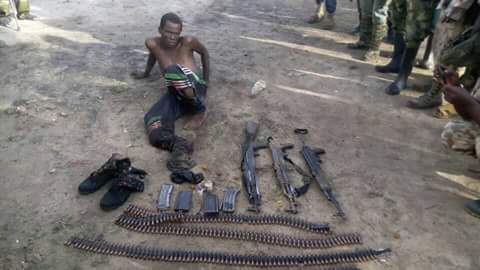 On Monday 3rd July 2017, in the evening a group of suspected Boko Haram terrorists’ mercenaries of Mamman Nur extraction paid dearly with their lives when they dared to attack 81 Division Task Force Battalion’s location at Gulumba Gana in Bama LGA, Borno State.

The troops successfully dealt with the terrorists and pursued those that escaped and recovered 2 AK-47 Rifles and 2 magazines of 9 round of ammunition, 2 AGL bombs, several empty cases of Shilka gun ammunition, AGL bomb and 1 damaged mobile phone handset. 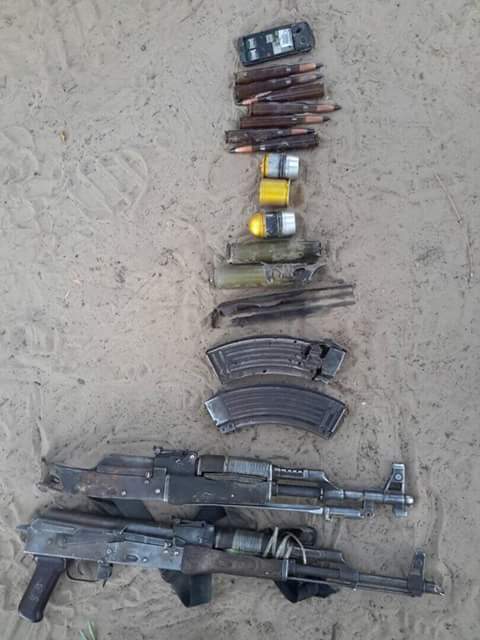 Similarly troops of 3 Battalion located at Logomani, Dikwa LGA, Borno State, neutralized 3 Boko Haram, captured one alive and recovered 3 AK-47 rifles from Mamman Nur faction that dared to attack their location yesterday at about 7.00pm. However, we lost a soldier during the pursuit.