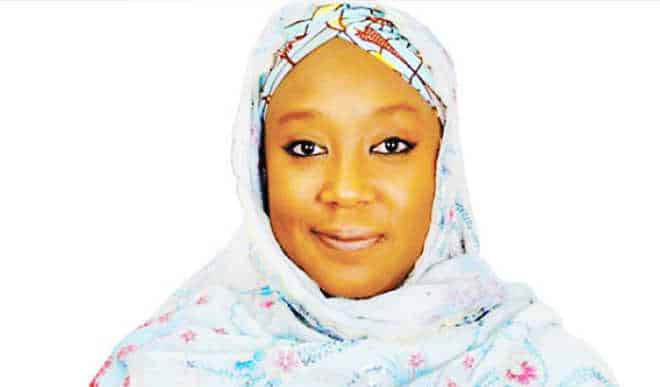 Naija News published a report yesterday about a Nigerian senator who sex escapade got recorded and leaked.

Senator Bukar Abba Ibrahim, a former governor of Yobe state, got into trouble few days ago when a video and images of him getting involved in sex act got leaked on the internet.

Khadija Bukar Abba Ibrahim is currently the Minister of State for Foreign Affair.

She was All Progressives Congress member of the House of Representatives for Damatura/Gujba/Gulani/Tarmuwa in Yobe State.

Mrs Ibrahim has a strong political record as she was a Commissioner for Transport and Energy, Yobe State. Her primary responsibility was overseeing the energy supply in rural areas and transport networks in the State.

In 2006, she was appointed Resident Commissioner, Nicon Insurance, Yobe State.

She has received many awards. These include, Thisday Woman Distinction Award, 2012, Sir Abubakar Tafawa Balewa Inspirational Leadership Forum (SATBILA) Award, 2010, Distinguished Leadership Award by The Rotary Club of Maiduguri City,2016 among others.

She has been honoured with several awards amongst which are, Thisday Woman Distinction Award, 2012, Sir Abubakar Tafawa Balewa Inspirational Leadership Forum (SATBILA) Award, 2010, Distinguished Leadership Award by The Rotary Club of Maiduguri City,2016.

Meanwhile her husband,  Bukar Ibrahim, in a recent interview said the video came up because of his refusal to yield to unreasonable requests, as a means to blackmail him.