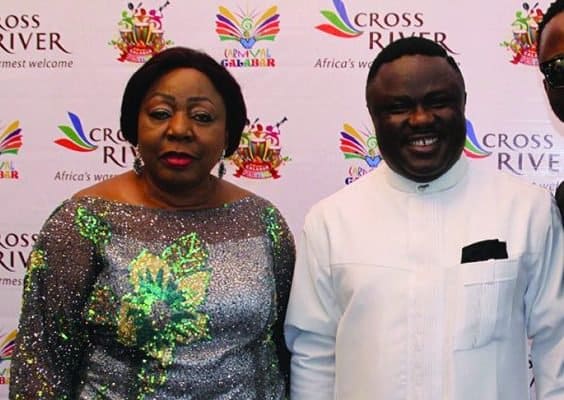 Ita-Giwa claims that her life is in danger for uncovering the diversion of relief materials meant for Internally Displaced Persons in Dayspring Island, Bakassi.

The senator made the claim while addressing newsmen in Lagos yesterday.
Ita-Giwa claimed that a certain Effiong Udeme, in collusion with some Cross River State officials shared the relief materials among themselves and sold some.

She said the relief materials included bags of cement, wood, and packs of zinc.

Ita-Giwa insisted that she was a victim of a personal vendetta being waged by political enemies spearheaded by Governor of Cross River State, Ben Ayade.

She also alleged that the latter wants her dead.

She said, “If anything happens to me, Governor Ayade should be held responsible for the text he sent to me.

“I would like the public to know that Governor Ben Ayade, a man whose election I supported, has been sending menacing text messages to me, warning me of the consequences of involving the Nigerian Media and Nigeria Police in the uncovering of the diversion of the relief materials by his government officials.
How I nearly lost 2015 election – Okorocha

“As we speak, Cross River State is very unsafe, with assassinations and kidnapping becoming the order of the day.

“Under this cloud of general insecurity nothing must happen to me.

“Governor Ayade and his gang of merry men should be told that they will be held responsible should I come to any misfortune.

“This self-serving campaign of calumny against me instigated by the state government is capable inciting ethnic tensions which may in turn lead to the shedding of blood, a prospect I dread greatly.

“From my observations, it appears to me that Governor Ayade feels threatened by my joining the APC for whatever reason.

“I don’t recall any other former PDP stalwart in the state who decamped to the APC being as persecuted as I am.

“Could it be that Governor Ayade is picking on me because of my gender or my enormous electoral appeal?

“I choose to believe the latter as I would like to believe that Ayade is not a misogynist, and he ought to know that I have never played gender politics.

“They turned the table around and accused me of diverting the relief materials.”