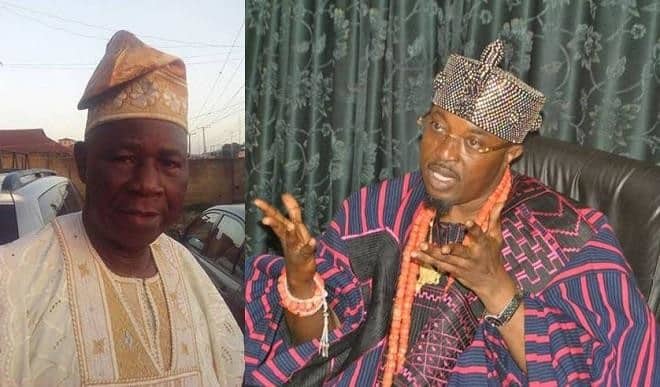 The Oluwo of Iwoland, Oba Abdulrasheed Akanbi has been  restrained from removing Chief Abiola Ogundokun as the Bashorun Musulumi of Iwoland

The restraining order was given by an Osun State High Court sitting in Osogbo pending the determination of the main suit.

Ogundokun ran to the court after his removal as the Bashorun Musulumi of Iwoland by the traditional ruler who also withdrew Ogundokun’s traditional titles of Obanla (second in command to the Oluwo) of Iwoland.

Counsel to Chief Ogundokun, Mr Soji Oyetayo had argued his application for motion on notice pursuant to Order 38 rule 4 of Osun High Court seeking for an order of interlocutory injunction to restrain the monarch and the chief Imam of Iwoland, Sheikh Fatai Olododo from removing Ogundokun and to also prevent the respondents from installing another person as Bashorun Musulumi of Iwo land.

His motion came with a deposition to a 13-paragraph affidavit by Chief Ogundokun as well as a written address and argument in support of the application.

He urged the Judge to grant the application since the respondents, Oba Akanbi and Imam Olododo have failed to file a counter reply to the application despite the fact that they were served.

Justice Olayinka Ayoola in her ruling restrained the monarch from removing Ogundokun as Bashorun Musulumi of Iwoland and also prevented the Oluwo from appointing another person to replace Ogundokun.

The judge adjourned the main suit to October 3, 2017 for further hearing.

Counsel to the monarch, Chief Abimbola Ige did not speak with journalists after the ruling and the monarch too has not made any public statement on the ruling of the court.

Related Topics:Oluwo of Iwo
Up Next

Soldier Who Works With Evans The Kidnapper Arrested