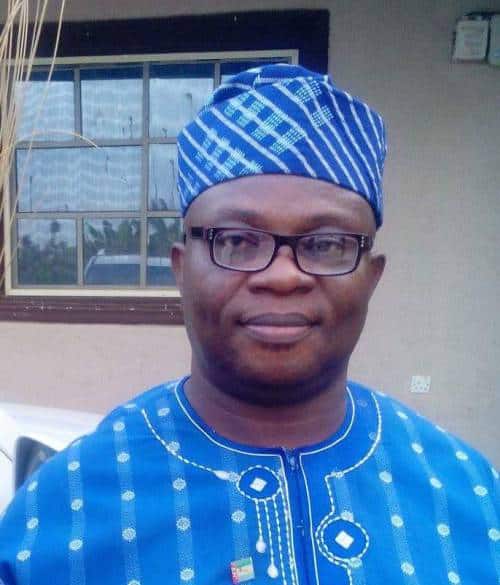 Olumide Odimayo, a chieftain of the All Progressives Congress (APC) in Ondo state who was abducted by kidnappers last week Thursday has been found dead, local vigilantes.

According to Sahara Reporters the corpse of Mr. Odimayo was found near Ogolo River, between Sabomi and Igbotu in Ese Odo Local Government Area of the state.

The armed hoodlums entered the community through the bush, shot into the air and whisked away the APC chieftain.

A source who confirmed the sad news to SaharaReporters on Monday disclosed that the corpse of the deceased was found by members of the local vigilante group that constituted a search party.

The source stated that the people of the local community were thrown into shock immediately the news of the tragedy filtered into Igbotu from the vigilante group.

According to the source, members of the local vigilante group have also arrested two persons suspected to be in connection with the kidnap of the late All Progressives Congress  (APC) chieftain.

“A few moments ago the death of the victim (Odimayo) was announced to us by a member of the local vigilantes who was also part of the rescue team.

“The vigilante said his corpse was found in Ogolo River which is very close to Sabomi and Igbotu in Ese Odo area.

“It is unfortunate that we, the youths could not rescue Odimayo alive despite our efforts to locate the kidnappers’ den. Currently, we are mourning his painful death” the source added.

Also, a youth from the community who was angered by the tragic incident blamed security agencies particularly the marine police for the failed rescue of the victim.

“If the security agencies mostly the marine police in the area had put more energy in the search of the kidnapped victim and work with local vigilante group, maybe he would have been rescued alive.

“The victim (Odimayo) arrived from London not too long ago before he was kidnapped. He is not too familiar with the terrain of the water, he might have died as a result of the stress during his abduction”.

Femi Joseph, the Police Public Relations Officer in Ondo State Command could not immediately be reached for his reaction.

Reacting, the All Progressives Congress (APC) spokesman in the Ondo state, Omo’ba Abayomi Adesanya, expressed shock at the tragic death of Odimayo.

“The tragic death of Mr. Olumide Odimayo is a rude shock to us in the party because this is someone who came from London and started the struggle with us.

“I can’t get myself as I am speaking with you. Although, our party members have been sending their condolences to his family but his death is very painful to us all” he said.