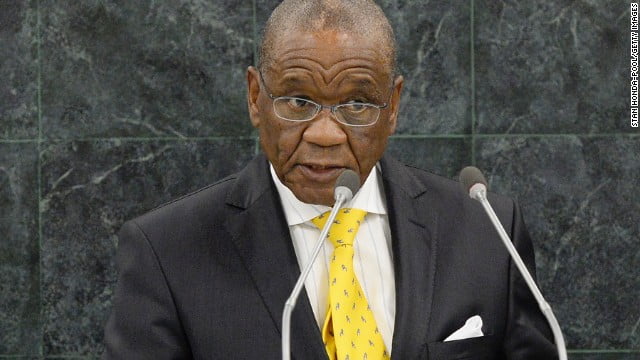 Wife of incoming Lesotho Prime Minister Tom Thabane was killed on Wednesday, two days to her husband’s inauguration, raising fears of another wave of political violence in the southern African mountain kingdom.

Police spokesperson Clifford Molefe said Lipolelo Thabane, 58, was traveling home with a friend when both women where shot by an unknown assailant in the town of Masana, just outside the capital, Maseru.

Molefe said Lipolelo died on the scene while her friend was taken to a nearby hospital. Molefe said the motive of the shooting was unknown and that investigations were ongoing.

Lesotho, which has been on a political knife-edge since an attempted coup in 2014, held elections last week, the third in five years, after then-prime minister Pakalitha Mosisili lost a no-confidence vote in March.

Thabane and Lipolelo had been living separately since 2012 after Thabane filed for a divorce which had yet to be granted by the courts.