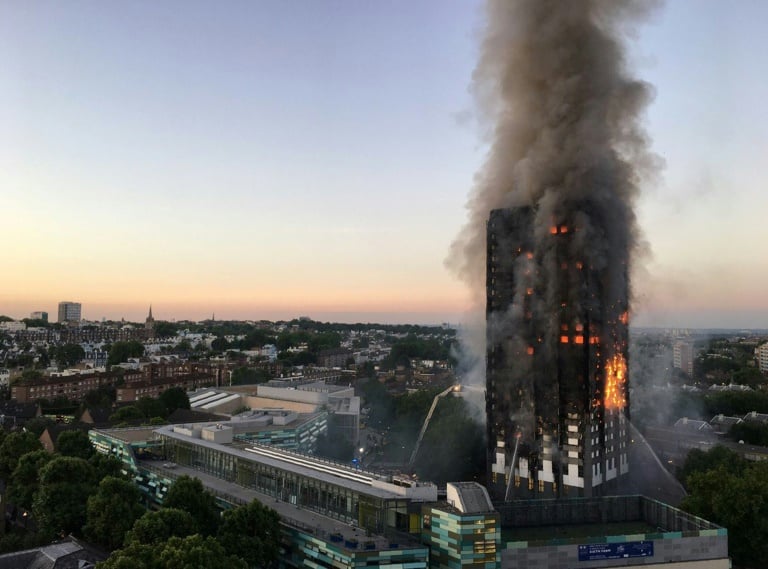 The fire swept through London’s 24-storey Grenfell Tower, a 1970s block, in the early hours, trapping residents inside

At least 12 people perished on Wednesday after a massive inferno tore through a London apartment block, with witnesses reporting terrified residents had leap from the Grenfell tower and dropped their children in a desperate bid for survival.

As smoke continued to billow from the gutted building, survivors voiced anger over longstanding safety fears at the 24-storey Grenfell Tower, which was home to between 600 and 800 people.

Parents wrapped wet towels around their children as they tried to escape, while others were seen desperately waving for help from the higher floors, which firefighters could not reach at the blaze took hold.

“There are now 12 people that have died that we know of,” police commander Stuart Cundy told reporters at the scene.

“I do anticipate that the number of fatalities will sadly increase” he said, adding that he did not expect fire crews hunting through the debris to find any survivors.

Seventy-eight people were being treated in hospitals, 18 of whom are in a critical condition.

The alarm was raised just before 1:00 am (0000 GMT) and within an hour flames had engulfed the entire block of 120 flats.

More than 200 firefighters had been tackling the blaze and managed to rescue 65 people.

Some 16 hours on, pockets of flame were still burning inside, and fire crews had reached the top. They had used drones to examine the upper floors.

Blazing chunks of debris fell from the wrecked building, a 1970s local authority-built block in the working-class area of north Kensington, just streets away from the wealthy homes of Notting Hill.

Residents claimed the fire spread on the exterior of the tower, which had been covered in cladding in a major refurbishment completed last year.

The London Fire Brigade said the cause of the fire was under investigation, but its chief Dany Cotton said she had “never seen anything on this scale” in her 29-year career.