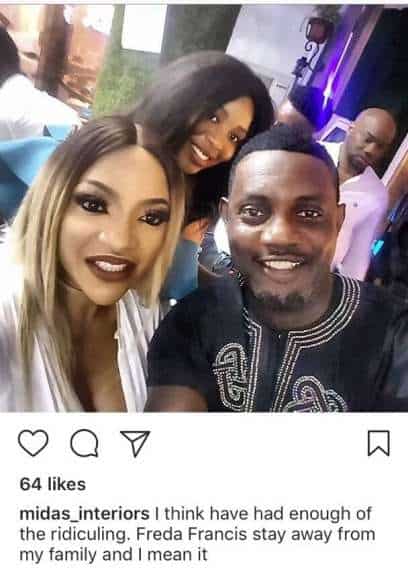 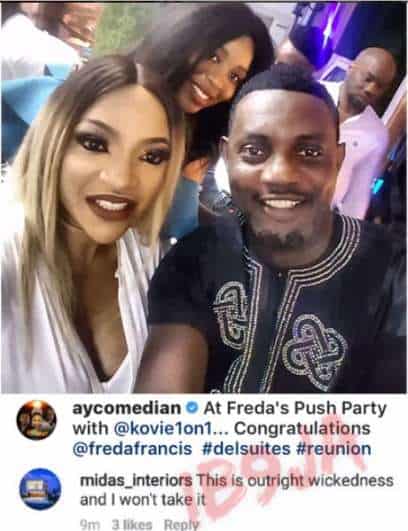 Freda Francis has been trending on Google since morning after a strong warning from AY Makun’s wife, Mabel Makun.

Mabel wants, Freda Francis to stay away from her family.

AY shared a photo of himself and Francis at the event. His wife Mabel Makun, re-posted the photo and she captioned it, “I think I have had enough of the ridiculing. Freda Francis stay away from my family and I mean it.“ 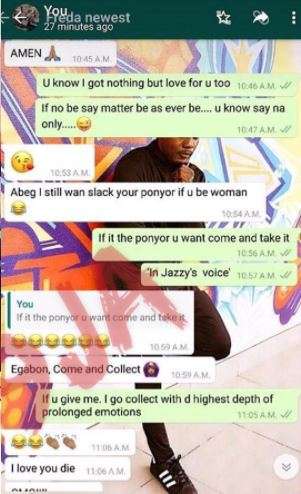 A supposed chat between AY and Freda

Recall that back in 2016, it  was reported that Mabel Makun had left her matrimonial home over a ‘misunderstanding’.

AY and Mabel got married in Lagos on November 29, 2008 in an elaborate gig that had several personalities and top celebrities in attendance.