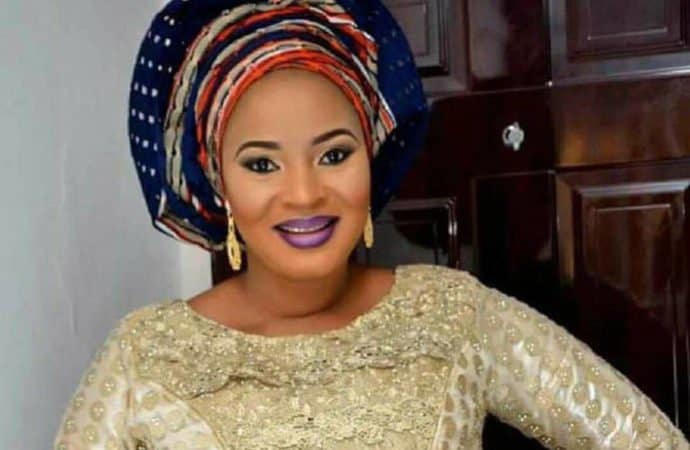 The body arrived Nigeria late in the evening.

Meanwhile, the National Union of Road Transport Workers (NURTW)’s boss, Musiliu Ayinde Akinsanya aka MC Oluomo is said to have acquired the land in which the late actress will be buried on Wednesday, June 7.

Oluomo was said to have paid for the parcel of land at Ebony Vaults which is situated inside Ikoyi Cemetery.

MC Oluomo is known for his generosity among the artistes. It is also alleged that NURTW official was the link bridge between the burial committee of Moji Olaiya and APC chieftain Asiwaju Bola Ahmed Tinubu who financed the movement of the late actress’s remains from Canada to Nigeria.

The publicity secretary of the burial committee Yomi Fabiyi wrote about MC Musiliu’s involvement in the burial of the late actress. He posted this on Instagram:

“On behalf of our association Tampan and d family of late Raimat Moji Olaiya our profound gratitude goes to Alhaji Musiliu AYINDE AKINSANYA (mc Oluomo) for assisting us to contact our amiable leader Asiwaju Bola Ahamed Tinubu (jagaban borgu ) in bringing the remains of our dear sister , daughter , friend ,colleague back to dis country. We also want to thank friends and colleagues of Mc oluomo , who supported him to acquire a piece of land at Ebony cemetery site , such as Alh Ibrahim Dende, Alh Ishola Tokyo , Alh Shina Okanlomo .May Allah continue to bless u all . Ojo a jinna sira won o Amin.” (sic)

See videos of how the late actress’s body arrived:

Related Topics:Moji Olaiya
Up Next

How Dammy Krane Was Nabbed In His Fraudulent Act