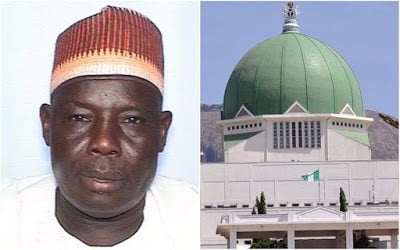 Durbunde was reportedly kidnapped at Jere, along Abuja Road, Kaduna, while returning to the federal capital territory (FCT) after a trip to Kano.

One of the legislator’s aide confirmed the incident, saying the kidnappers were yet to contacted family members or friends of Durbunde.

“I can confirm to you that Honourable Durbunde is nowhere to be found at the moment,” he said.

“We are yet to establish his whereabouts or get a clue from his abductors but we have informed all the relevant security agencies about the incident.”

A source said a team of security personnel has been dispatched to rescue the abducted lawmaker.

Abdullahi Ganduje, governor of Kano, has expressed shock over the incident, describing it as “act of wickedness perpetrated by evil and cold-hearted elements”.

Advising people to be vigilant and security conscious, Ganduje appealed to security agencies to secure the release of the victim.Durbunde who was closed ally of former Governor Rabiu Musa Kwankwaso also served as

Durbunde as the commissioner of rural development in the administration of Rabiu Kwankwaso, the immediate past governor of Kano.