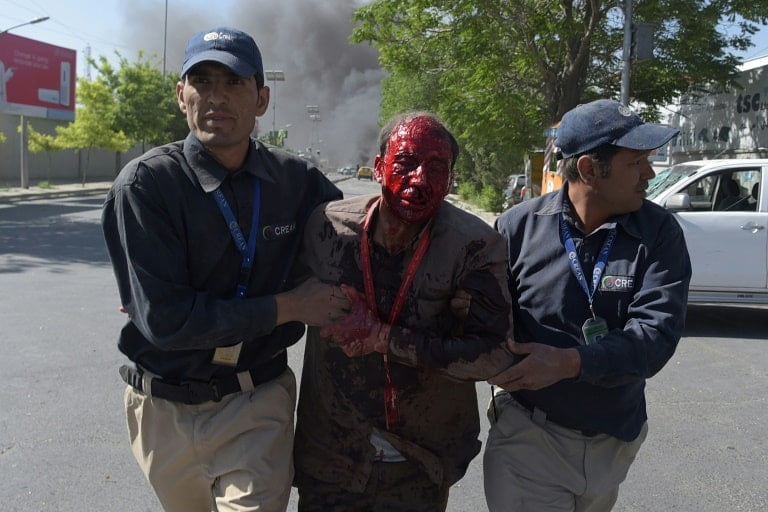 AFP / SHAH MARAI At least 40 people were killed or injured after a massive blast struck Kabul's diplomatic quarter during morning rush hour on Wednesday, officials said, in the latest attack to reverbate across the Afghan capital.

At least 90 people were killed and hundreds wounded Wednesday when a massive truck bomb ripped through Kabul's diplomatic quarter, bringing carnage to the streets of the Afghan capital just days into the holy fasting month of Ramadan.

Bloodied corpses littered the scene and a huge cloud of smoke rose from the highly-fortified area which houses foreign embassies, after the rush-hour attack tore a massive crater in the ground and blew out windows several miles away.

No group has so far claimed the powerful blast, which officials said was caused by 1,500 kilograms (1.6 US tons) of explosives hidden inside a sewage tanker, in what appeared to be a major intelligence failure.

Rescue workers were digging bodies from the rubble hours after the explosion, many of them disfigured and charred, as anguished residents searched for missing relatives. Dozens of mangled and upturned cars choked the roads as wounded survivors and panicked schoolgirls scrambled to safety. 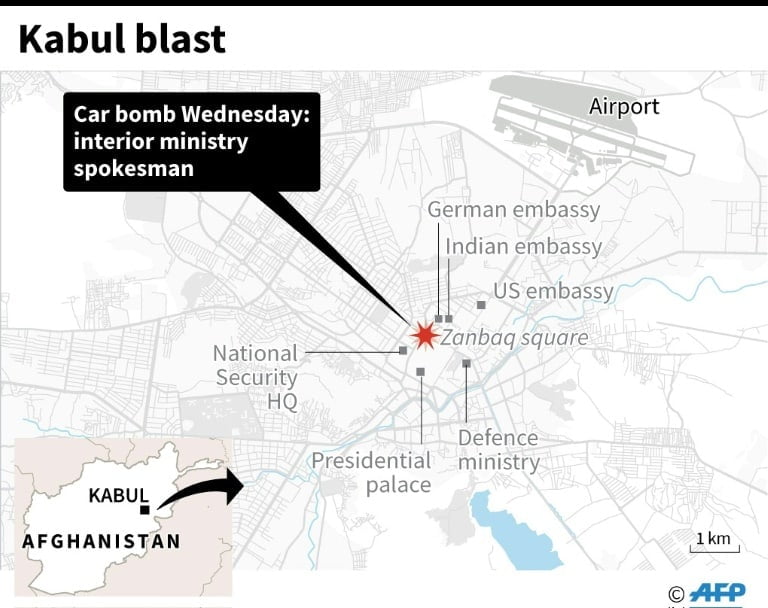 The attack underscores spiralling insecurity in Afghanistan, where the NATO-backed military, beset by soaring casualties and desertions, is struggling to beat back insurgents.

"In this powerful attack 90 people have been killed and 400 wounded, including many women and children," said the government's media centre, with health officials warning the toll could climb further.

The attack underscores spiralling insecurity in Afghanistan, where the NATO-backed military, beset by soaring casualties and desertions, is struggling to beat back insurgents.

"In this powerful attack 90 people have been killed and 400 wounded, including many women and children," said the government's media centre, with health officials warning the toll could climb further.

President Ashraf Ghani slammed the attack as a "war crime".

The Taliban -- currently in the midst of their annual "spring offensive" -- denied they were involved, while strongly condemning the blast. The insurgent group rarely claims responsibility for attacks that kill large numbers of civilians.

The Islamic State group has claimed responsibility for several recent bombings in the Afghan capital, including a powerful blast targeting a NATO convoy that killed eight people earlier this month.

The sound of the bomb, which went off near Kabul's busy Zanbaq Square, reverberated across the Afghan capital, with residents comparing it to an earthquake. Most victims appear to be civilians.

"The vigilance and courage of Afghan security forces prevented the VBIED (vehicle-borne improvised explosive device) from gaining entry to the Green Zone, but the explosion caused civilian casualties," NATO said in a statement.

The explosion damaged several embassies in the area, which houses diplomatic and government buildings and is a maze of concrete blast walls, vehicle barriers and armed security guards.

German Foreign Minister Sigmar Gabriel said the "despicable" attack killed an Afghan guard from the German embassy, and added that some employees had been injured, though he did not give further details.

He said the bomb had gone off "in the immediate vicinity" of the German embassy.

France, India, Turkey, Japan, the United Arab Emirates and Bulgaria similarly reported damage to their embassies, including shattered windows, as the blast drew an avalanche of international condemnation.

"That this attack would occur during the holy month of Ramadan underscores the senseless and barbaric nature of this attack," a White House spokesman said. 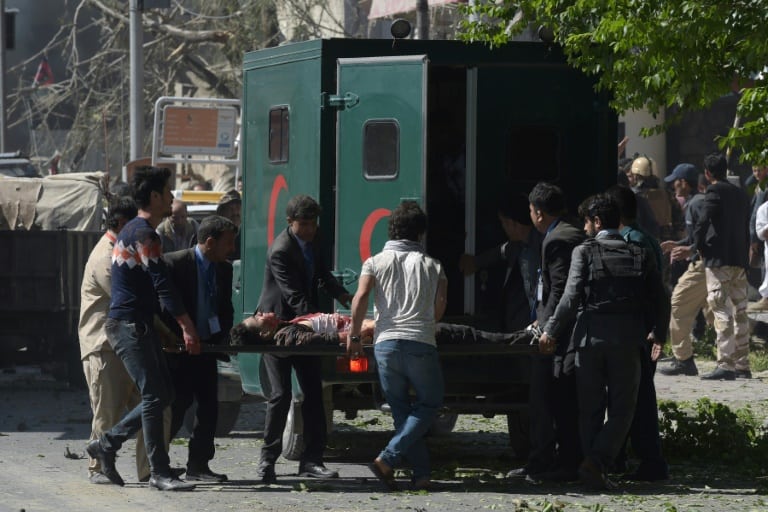 Amnesty International said the bombing shows that the conflict in Afghanistan is "dangerously widening in a way that should alarm the international community".

Germany was forced to postpone a scheduled deportation flight of rejected Afghan asylum-seekers in the wake of the attack. The European nation has drawn criticism for sending back Afghans to an increasingly dangerous country.

Wednesday's blast was the latest in a string of attacks in Kabul. The province surrounding the capital had the highest number of casualties in the country in the first three months of 2017 due to multiple attacks in the city, with civilians bearing the brunt of the violence.

Pentagon chief Jim Mattis has warned of "another tough year" for both foreign troops and local forces in Afghanistan.

Afghan troops are backed by US and NATO forces, and the Pentagon has reportedly asked the White House to send thousands more soldiers to break the deadlock in the battle against the Taliban.

US troops in Afghanistan number about 8,400 now, and there are another 5,000 from NATO allies. They mainly serve in an advisory capacity -- a far cry from the US presence of more than 100,000 six years ago.