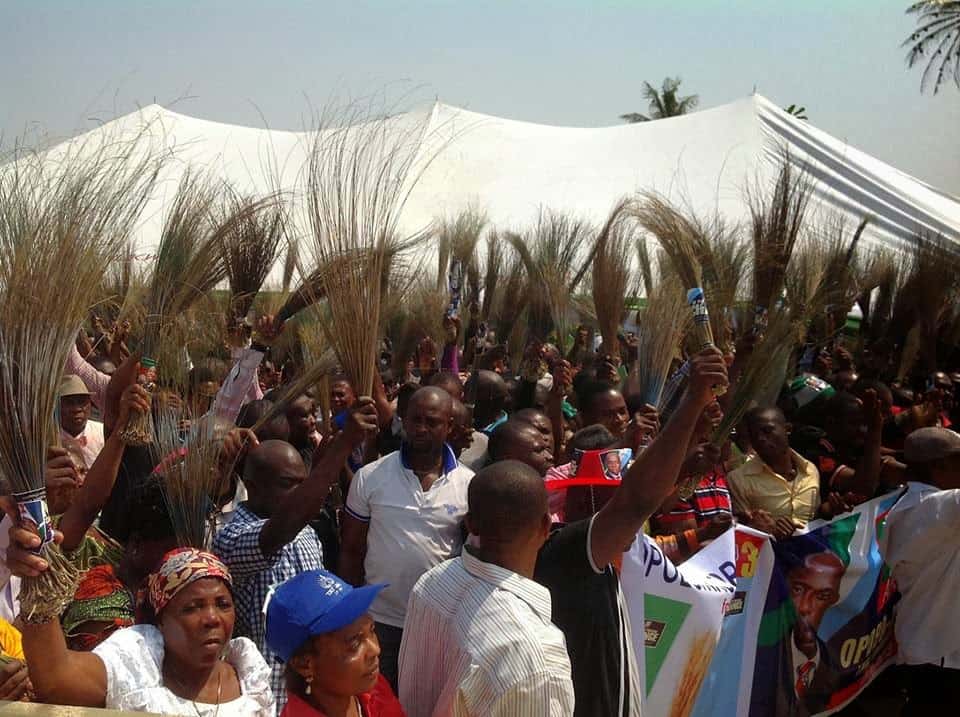 Trouble started after Tokunbo Afikuyomi, chairman of the electoral committee, started announcing the names of the party’s candidates for the elelction.

Aggrieved party members and their supporters not only interrupted Afikunyomi but resorted to violence.

They smashed the ballot boxes, broke chairs at the venue and chased out delegates and electoral officials.

Security operatives had to reinforce to prevent further breakdown of order.

On Friday, a group known as Egbe Alatunto had accused some powerful individuals in the party of plotting to impose their candidates.

Niyi Akinsiju, coordinator of the group, had said the party had concluded plans to hold a “sham” primary election at the Teslim Balogun stadium, rejecting the security reason given by party executives as to why the election could not hold in the local government areas of the state.

Akinsiju said with less than 48 hours to the election, the delegates who would be voting were not known.

He called for the cancellation of the election.

Muiz Banire, national legal adviser of the APC, had earlier advised the party against holding the primary election in a central place.

He said according to the constitution, electoral act and the party’s constitution, the election should be held at the designated venue in the local government area.