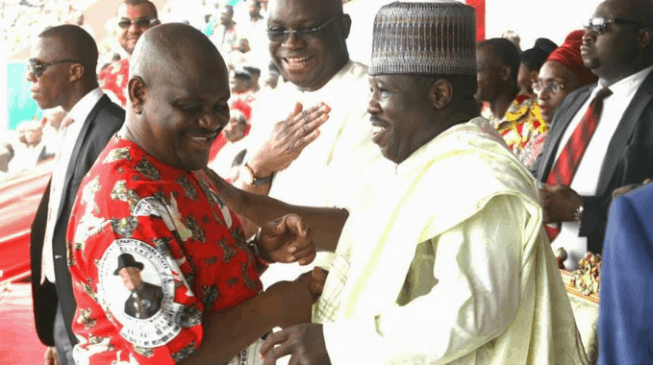 Rivers state governor, Nyesom Wike, says it is unlikely that he will work with Ali Modu Sheriff if the supreme court declares him the genuine national chairman of the Peoples Democratic Party (PDP).

Wike said this on Friday during a Channels Television programme.

The party has been in crisis – due to a leadership tussle between Sheriff and Ahmed Makarfi – since loosing power to the All Progressives Congress (APC) in the last general election.

Some party chieftains, including Ayodele Fayose, governor of Ekiti state, have threatened to dump the party if Sheriff emerges as its authentic chairman.

Wike said it is “very very unlikely” for him to work under Sheriff.

He also said he had his choice of leaving the party or not if the apex court ruling does not favour his faction – the Makarfi faction.

“Why we are following up this issue is for the stance of the law on certain things to be stated properly,” he said.

“It is very, very unlikely for me to be under Sheriff if the supreme court rules he is the party chairman. I can’t say if I will leave but of course I have my choice.

“There are things you can’t go on with, they’re certainly wrong.

“Have you seen the characters around Sheriff? Does the party have any clear roadmap with such person? And then you want me to go and work under such person? It is against my belief. It is even against the tradition, no I can’t do that.”

A fortnight ago, Ayodele Fayose, governor of Ekiti state also said he may dump PDP if the supreme court declared Ali Modu Sheriff as the bonafide chairman of the party.