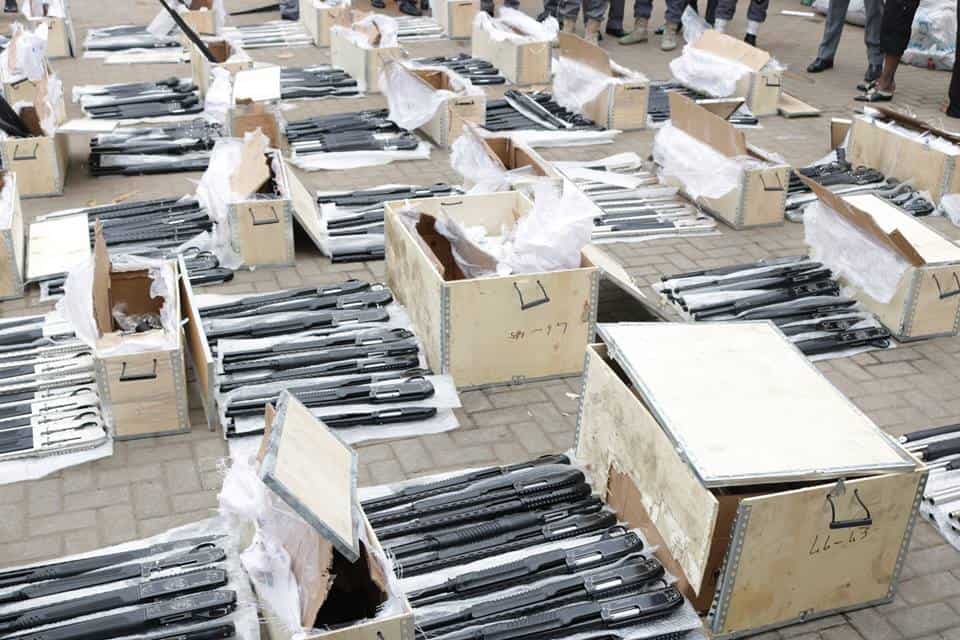 A container-load of arms and ammunition was intercepted by the Nigeria customs service (NCS)today, 23 May, at the Tin Can Island Port in Lagos state.

The spokesperson of the Nigeria Customs, Tin Can Island Command, Uche Ejesieme, confirmed the incident and said details would be made public later.

Premium Times quoted a source as saying those in the terminal had been ordered out of the place.

“As I speak to you, they’ve ordered everyone to go out of the terminal and they have locked up everywhere,” the source reportedly said.

According to the newspaper, Uche Ejesieme, Tin Can Island command of customs, confirmed the incident and said details would be made public later.

“We are still counting,” he was quoted to have said.

The boxes were concealed with steel and other merchandise goods.

The customs officers who cleared the container were declared wanted and later arrested.