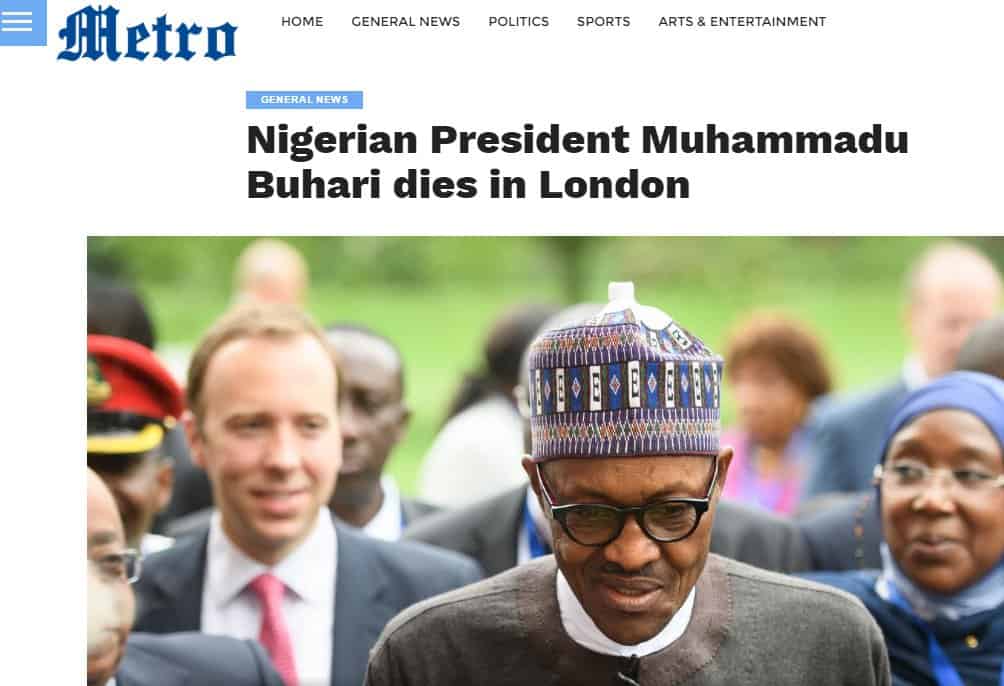 There were false reports over the weekend that Buhari had died in a London hospital.

But in a statement on Monday, Gambo Danbatta, president of the forum, said those behind the website were out to deploy it for evil with the plot to destabilise the country.

Danbatta urged the security agencies to collaborate with the relevant stakeholders and shut down websites spreading rumours.

He said there should be global efforts to curb the menace of fake news which had now become a “growing international concern”.

“The persons behind the fake news site are deploying it for evil. They registered it from Scottsdale, Arizona, the US in October of last year and updated the site for this evil plot sometimes in April this year,” the president of the forum said.

“Thankfully, presidential aides were quick to calm Nigerians and assure them as the to the safety and health of Mr President.

“This has nothing to do with freedom of expression, which is not the same as freedom to lie, it is about criminals plotting to use fake news to destabilise the country.

“The office should work with the relevant stakeholders to shut down the fake site while creating an early warning system to identify similar sites that will proliferate in the days ahead and build the necessary alliances that would make it possible to shut them down within minutes.

“Our hope is that the real Metro newspaper would work with the British High Commission and the Nigerian authorities to track down those exploiting its name to commit crime.

“Those behind the fake news should be treated in this instance as no less than hackers who deserve to get the maximum punishment possible once identified.”