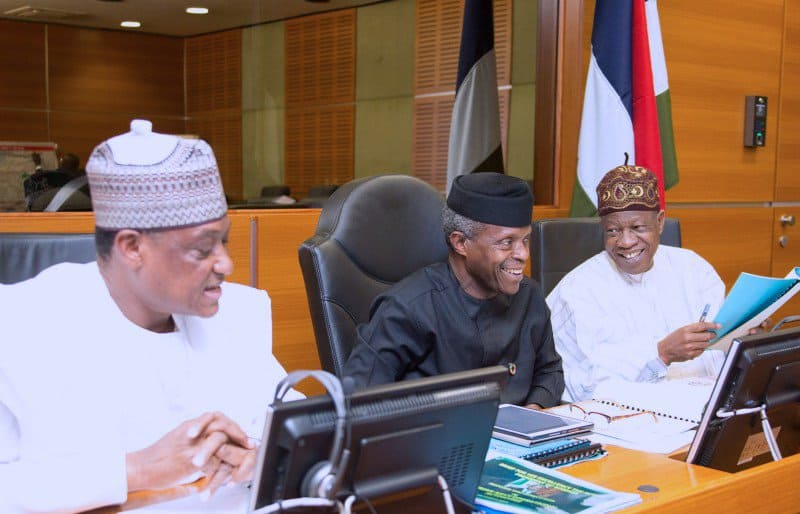 The minister of defence, Mansur Dan-Ali, has given kudos to Acting President Yemi Osinbajo over his administrative performance.

Dan-Ali noted that the issue of pipeline bombings and oil theft has reduced as a result of the intervention.
He said this after he and some security chiefs met with the acting president at the presidential villa in Abuja.

Speaking with state house correspondents on his way out of the villa, Dan-Ali said issues around maritime surveillance were discussed.

“It’s a pending issue of the federal executive council (FEC) meeting that we wanted to resolve on maritime surveillance and it has been resolved,” he said.

“Acting president has been meeting with the communities. We have been able to save many communities of oil pipeline bombings and oil theft.

“It is a big achievement and I believe that the acting president has been doing well in that direction.”