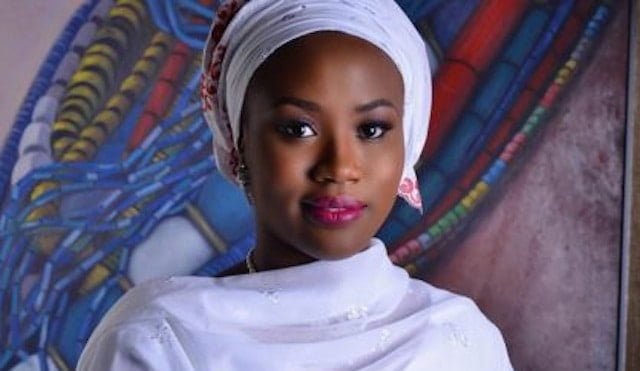 Alhaji Auwal Abdullahi, the businessman who married Halimat Babangida today in Minna, Niger State, paid a symbolic bride price of N500,000 and 10 cows to her father, former Military President, General Ibrahim Badamosi Babangida, IBB.
The groom is the Sarkin Sudan of Gombe, in Gombe state.
The News Agency of Nigeria (NAN) reports that Gen. Garba Wushishi performed the symbolic ceremony of handing over Halimat at 2.45 pm in marriage to Abdullahi.

Gov. Ibrahim Dankwanbo of Gombe state received the bride on behalf of the groom, who hails from the state.
A special prayer by Sheik Kabiru Gombe was offered for the couple. He stressed the significance of marriage in Islam and called on the bride to submissive and loyal to her husband.

Former President Goodluck Jonathan, including his wife, Patience led the galaxy of big political and military figures that graced the occasion..