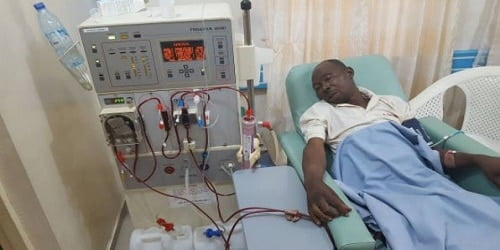 Veteran Yoruba actor, Adeshina Adesanya popularly known as Pastor Ajidara has died, aged 63. He died just a few days after his colleagues came out publicly to solicit for funds to help him battle kidney failure.

His death comes just 2 days after we reported about his condition. Until his death, late Pastor Ajidara was the President of TAMPAN Ogun state branch.

He hails from Ijebu Ode, attended Ogbogbo Baptist Grammar School, Ijebu-Ode and lived in Abeokuta where he died.

Popular Comic Actor, Mr. Latin broke the news of Pastor Ajidara’s death on Social Media. He wrote: ‘and the man died a few minutes ago’.

May his Soul rest in peace.