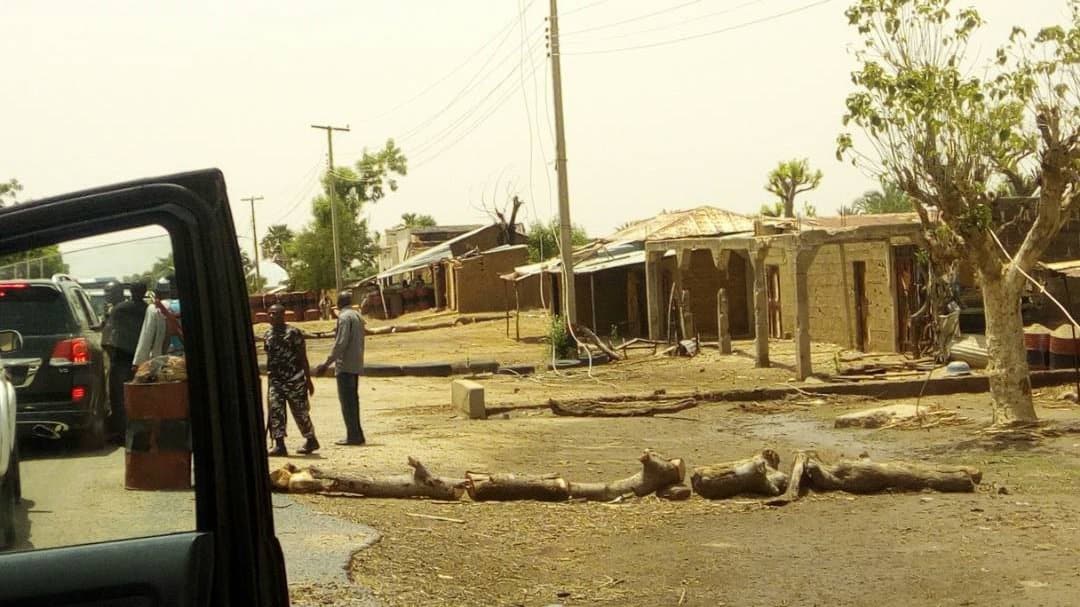 According to TheCable the incidence occurred in Buni Gari town in Gujiba local government area of Yobe, the security personnel threatened to kill Durkwa.

Durkwa was returning from Adamawa state, where he had attended the turbaning ceremony of Martins Babale, his Adamawa counterpart.

However, Durkwa’s convoy reportedly ran into the military checkpoint, where no soldier was in sight.

A policeman attached to the deputy governor’s office had attempted to remove the barricade on the road when the military personnel started springing out from different directions.

They reportedly asked him who gave him the order to dismantle the barricade, and in the process started manhandling the policeman.

One of the soldiers was said to have used the butt of his gun to hit the policeman on the head.

Some security personnel in the team of the deputy governor moved in to explain to the officers that they were accompanying a government official, but the soldiers were said to have been irritated by the explanation.

After about 15 minutes of the ensuing drama, the number two man in Borno alighted from the vehicle to join his security team, but the soldiers were said to have refused to accord him the respect that he deserves.

“The soldiers took positions from different directions, aiming at the convoy, with the threat to open fire,” the source said.

“The soldiers pointed Ak47 riffle, anti-aircraft guns and one of them pointed a rocket propeller.

“The deputy governor, having seen what was going on, after they had denied him access for about 15 minutes, came down from his vehicle to interfere, but instead of showing him respect, the soldiers became more lawlessness.

“They said they don’t care about his office. They insulted and called him all sort of names. One of the soldiers, who pointed a gun at him, called him a bloody civilian and political thief. They said they won’t lose anything killing the deputy.”

The source said it took the intervention of a senior military official before the situation was brought under control.

The convoy of the deputy governor was eventually given access, while the soldiers watched in anger.

Contacted, Kayode Ogunsanya, spokesman for the army in Yobe, said he could not confirm the development because he was not in the state.

“I don’t have that information. I am currently in Jos for a programme,” he told TheCable.

Last month, a public disagreement between the police and the army in Damaturu, capital of Yobe state, led to the deaths of four mobile police officers and one soldier.