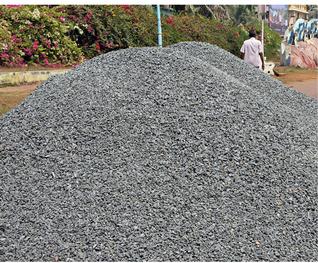 Dare Omotoso, Ekiti Commissioner 2 in the Local Government Service Commission was arraigned before an Ado-Ekiti Chief Magistrate’s Court for allegedly stealing granite worth over N5m.

According to the charge sheet, Omotoso between August and September 2016 stole granites and stone dust valued at N5, 140, 800.00, belonging to Primadet and Co. Ltd.

Omotoso, 64, pleaded not guilty when the charge was read to him.

The Police Prosecutor, Inspector Caleb Leramo, told the court that he had assembled five witnesses to testify against the accused person in the course of the trial.

He, however, applied for an adjournment to study the case file and documents relevant to the case.

He promised that his client would not jump bail and would be present for trial.

The lawyer described his client as “a well-respected person in the society who is serving as a commissioner in the state.”

Chief Magistrate Adesoji Adegboye granted Omotoso bail in the sum of N500,000 and two sureties with verifiable addresses in like sum.

One of the two sureties, according to the magistrate, must be a senior civil servant.

He subsequently adjourned the case till June 9 for hearing.