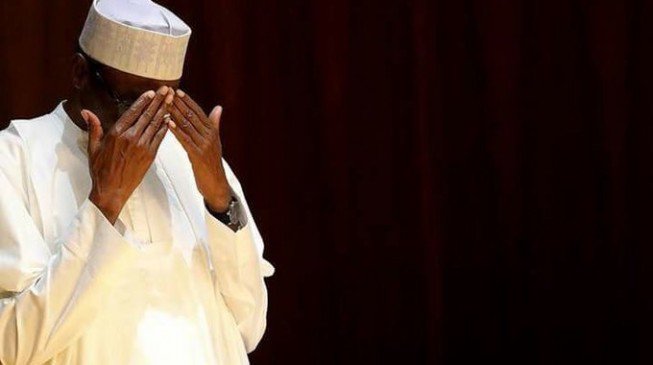 The raging controversy over the health status of President Muhammadu Buhari is a repeat nightmare Nigerians do not deserve. For the second time in eight years, inertia, uncertainty, cabalistic intrigues and primordial divisions have gripped the country as the President grapples with an illness that keeps him away from public view and raises doubts about his fitness for the job.

It is also raising questions about who is really running the government. While a cabal is bent on hoodwinking the public, the President is increasingly being portrayed as one out of touch with the public. The country must rise above this dangerous swamp, compel all concerned to take the sensible steps and save Nigeria from unnecessary upheaval.

On Wednesday, Buhari failed, for the third time in a row, to turn up for the weekly Federal Executive Council meeting at the Presidential Villa, deepening anxiety over his health. Lai Mohammed, the Information Minister, says Buhari has been advised to take some rest by his doctors. The disquiet that began last year when twice the President jetted to the United Kingdom ostensibly for medical check-up, only for the trips to stretch for longer than expected will not go away.

Each time, rather than give an unambiguous report to Nigerians, the Presidency declined to give details of his ailment. On a recent trip that lasted weeks and led to alarming speculations, some party leaders and senior federal lawmakers had to visit him in London.

Photographs of him from those meetings gave way to more frenzied speculations and ‘scoops’ on his true state of health. In the absence of real information beyond the cant of government spokesmen, rumours have triggered fear. One is that he has pancreatic cancer, another Crohn’s disease, yet another that he can no longer eat and drink, but is being fed intravenously. It is a rumour mill that will cease to be fecund once the truth is told.

We travelled this thorny road before between 2009 and 2010 when the late terminally-ill President Umaru Yar’Adua was spirited out of the country, paving the way for his close aides to capture the reins of power, ruling in his name and plunging the country into an unnecessary constitutional crisis. Mercifully, Buhari, unlike Yar’Adua, transfers power to his deputy anytime he travels.

We are worried, not because Buhari is ill, but that events are heading in a dangerous direction again. We strongly believe that presidents are human beings, too, and human beings do fall sick. Similarly, sometimes an illness does not mean a president cannot perform his job. However, when the illness is critical enough to affect the ability to govern and compromises mental faculties, then patriotism and fairness demand that urgent actions be taken. And this is exactly where we are on Buhari’s failing health as it is significant enough to have impact on critical decision-making. The public deserves to know the state of health of the President.

Public service entails sacrifices. And one of the things you sacrifice is your privacy. A former United States President, Bill Clinton, commenting on his own health disclosure, once said, “The public has a right to know the condition of the President’s health.” As Nigeria’s foremost public official, Buhari owes the public full disclosure. This is especially so because being president is a very stressful job beyond the ken of people with diminishing strength and failing faculties.

In the past, leaders with failing health had plunged their countries into avoidable crises, even wars. Anthony Eden, British Prime Minister from 1955 to 1957, made a mistake in dispatching British troops to Suez in 1956 because he was taking addictive, painkilling drugs that could have clouded his judgement. David Owen, a former foreign secretary, said later that “Eden would not have contemplated such an action if he had been fit and well.” According to the New York Times, some historians have blamed colon surgery in 1985, for the poor decisions Ronald Reagan made in relation to the Iran-Contra scandal while he was recuperating. Reagan transferred power briefly to Vice-President George Bush, but rushed back to work. Robert Gilbert, an emeritus professor of political science at Northeastern University, says Reagan’s aides prevented people from seeing him because he was unwell and he made decisions while hospitalised that he later did not remember.

Already, Buhari’s prolonged absence from official duties is fuelling lethargy and confusion in government. For about three weeks, the President has been absent from his desk, public functions and even religious activities; holed up instead inside the Villa from where unelected aides, accused repeatedly of pursuing their own agenda, transmit directives supposedly in his name.

Some glaring acts of mischief are worrying. An attentive President would have nipped in the bud the controversy surrounding the serial extension of the tenure of the Permanent Secretary, Federal Ministry of Education, Jamila Shu’ara. She had resigned at the expiration of her tenure in 2016, but it has been extended to 2018. In a patently biased action, the State Security Service, which is headed by Lawal Daura, has just turned its recruitment programme into an ethnic bazaar.

Governance, which ran with gusto when the President was away in London for seven weeks, has slowed down, with files said to be unattended to. Infighting among operatives of the Economic and Financial Crimes Commission and the Department of State Services has boiled over dangerously into the open with the latter accusing the former of shielding a corruption suspect and the Attorney-General of the Federation taking over the prosecution of some accused persons.

The war against terrorism requires an active commander-in-chief. Inertia is also evident in the slow pace of appointing boards and heads of statutory agencies and in strange, lopsided appointments that reveal a lack of rigour in the selection process. Meanwhile, corruption is stubbornly fighting back, as lawyers, judges, political actors and compromised sections of the polity and the mass media launch ferocious attacks on the anti-corruption machinery. The firm hand that Nigerians voted for in Buhari is missing in action.

Socially, the President’s reclusive habit has alienated him from the people. He rarely steps out of Abuja to attend to or visit the citizens whether in joy or tragedy. Some fanatics are going beyond their brief. Sectional, religious sentiments, instead of rational considerations, sway some commentators, exposing the fragility of the Nigerian state. A police officer, Saidu Biu, vowed on social media in April to kill “at least 200 people” in the event of his death. The economy is on the home stretch away from recession amid an economic recovery programme, fresh external borrowing bids and deliberate delay in passing the 2017 budget, five months into the year, by a recalcitrant National Assembly.

As a result of his failing health, Buhari appears to have lost control of his government. He should not put politics before medical attention and the quest for, and exercise of, the powers of the office of the presidency above national interest. The late Cuban leader, Fidel Castro, despite having a vice-like grip on his country and could go on and on, said “It would betray my conscience to occupy a responsibility that requires mobility and the total commitment that I am not in the physical condition to offer,” in a 2008 letter to the nation announcing his surrender of power.

Now, Buhari will have to take some urgent decisions. He should immediately declare his health status to douse the speculative game. In accordance with Section 145 of the 1999 Constitution, he should not hesitate any further to embark on another medical vacation and transfer power to Vice-President Yemi Osinbajo to act as President once more. Above all, the mélange of socio-economic challenges facing the country cannot be addressed by a Presidency in fits and starts.

If President Buhari really wants what is best for the country, the most important decision of his remarkable life is before him now: resign right away without any more fuss. He should listen to his inner mind rather than the power hawks that surround him.