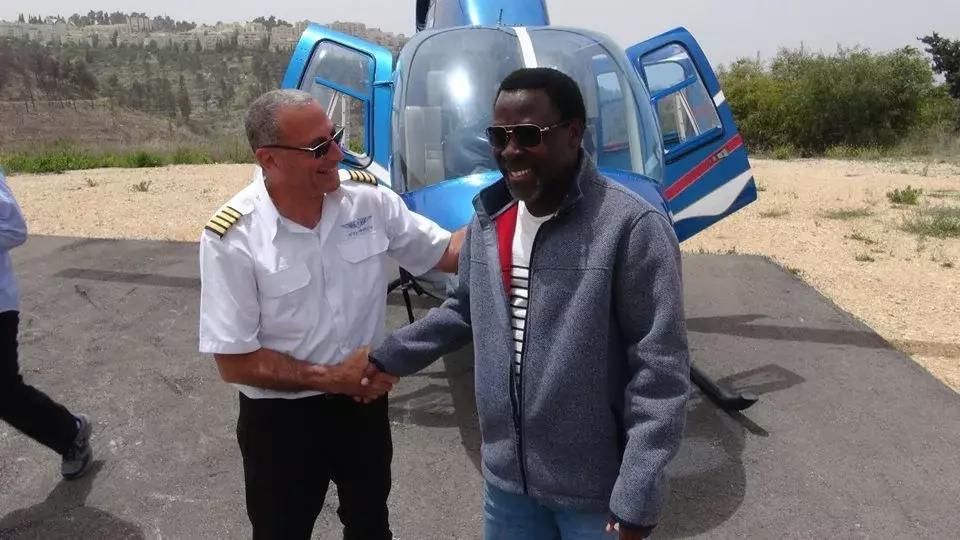 – He has been offered him both the and facilities by the Israeli government.

Nigerian Prophet T.B. Joshua, sent shivers down the spines of congregants and viewers of Emmanuel TV recently when he declared announced that he was relocating his ministry from Nigeria to the nation of Israel.

Joshua while speaking during a live church service broadcast on Sunday 30th April 2017, revealed that he had just returned from the ‘Holy Land’ after holding meetings with three prominent Israeli mayors of Jerusalem, Tiberias and the Jordan Valley. 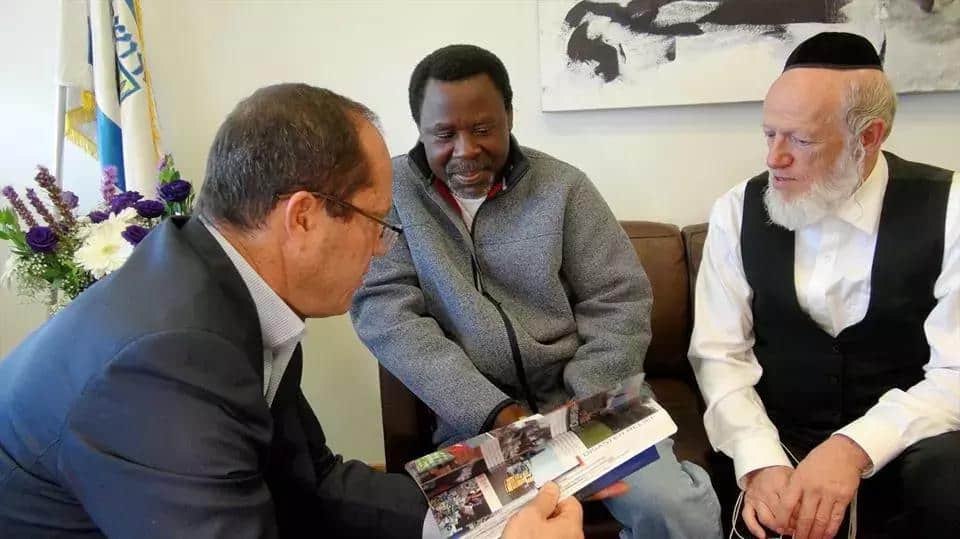 According to the cleric, they offered both land and facilities in an area around the biblical site of the Sea of Galilee for the Nigerian Pastor to organise meetings for international pilgrims.

“This is where my Father in Heaven came from – it’s non-negotiable,” Joshua explained, adding it was not a decision he undertook lightly.

“It’s the best place for you to meet Prophet T.B. Joshua. After your healing, blessing and deliverance, you can move around all the spiritual monuments which will establish your faith,” he further clarified.

Joshua said his decision to leave was not connected to the “persecution” he endured during his ministry.

He explained that his ministry had be facing persecution in Nigeria.

“This is the most persecuted ministry in the world. Who are the people persecuting the ministry? My people, Africa,”

“That is why I choose to live a lonely life. If you want to see me, come to this church. I don’t go out. It has not been easy – because I don’t know who is a friend or who is an enemy. If you learn T.B. Joshua is not around, I am in a revival. I live in the church here. I don’t have a house outside.” 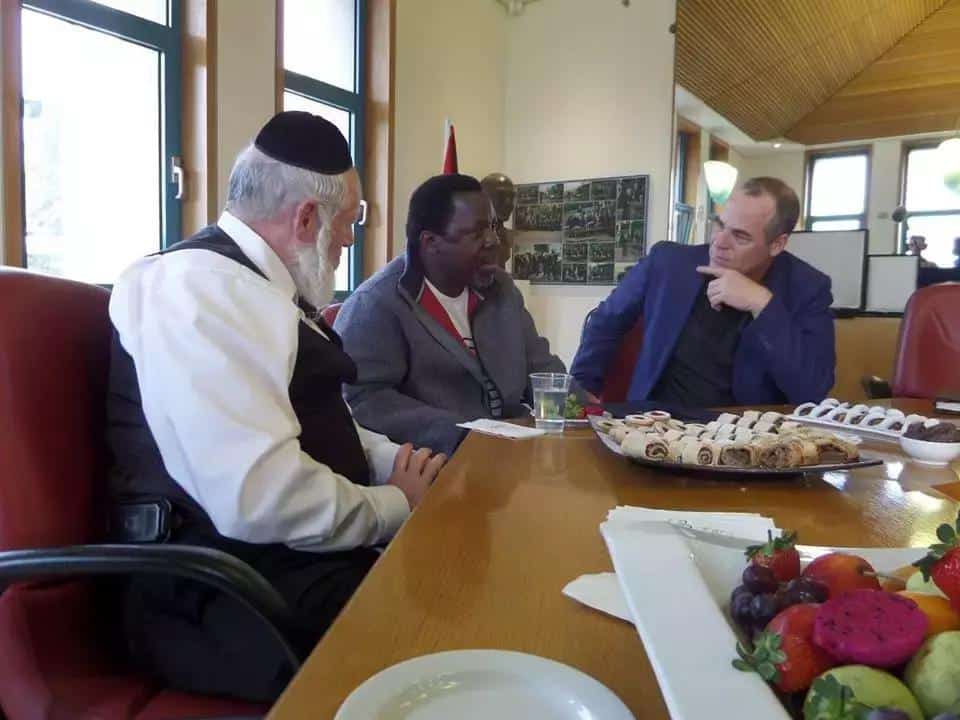 “Anytime you pray, remember Africa in prayer,” the cleric solemnly continued to an audience which included over 3,000 foreign nationals who flew into Nigeria to attend the church service.

“Many heroes and great people have been chased out of Africa. There are many geniuses in the Western world who are originally from Africa.”

The cleric pointed to the example of heavyweight boxing champion Anthony Joshua who was allegedly turned down by Nigerian sporting authorities when he wanted to represent the country.

“What happened to me from the beginning of my ministry is enough to chase me out of this country – but I am still in your midst. Upon the persecution and hatred – I decided to follow the path of love. You show hatred; I show love. When I go for a revival, you will see the stadium full but I am not carried away by that. I leave where I’m celebrated to live where I’m persecuted.”

The cleric then advised congregants: “Where you are not celebrated is the best place to stay, to get strength. When you are in the midst of a battle, you are building yourself. That is why I decided to stay where I am not celebrated here in Nigeria. When the grace of God is amid challenges, it gets stronger.”

According to the cleric, the invitation to Israel came due to the growing popularity of Joshua’s television channel Emmanuel TV, which is especially known on YouTube.

“Your life can preach a better sermon than your mouth,” he exhorted the congregation, stating that the Israeli officials had observed his ministry from afar before inviting him.

No timeframe for the move was specified in the service and it was not clear whether activities in The SCOAN’s Ikotun-Egbe base would cease entirely. 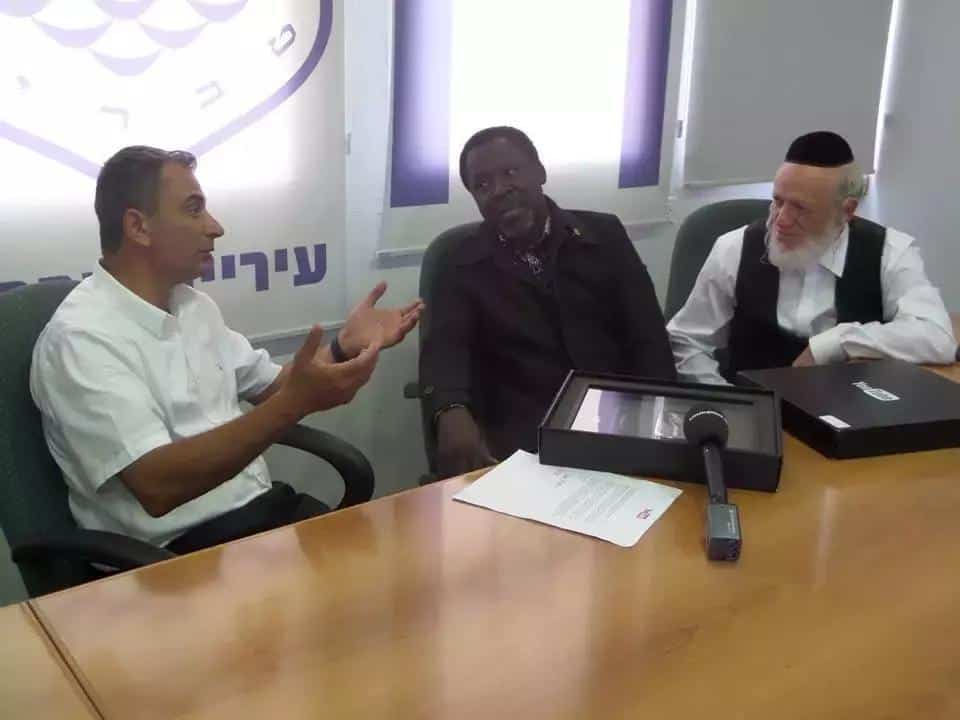 Joshua concluded by counselling people: “Don’t destroy your relationships beyond repair because the person who fights you today can be your saviour tomorrow.”

The shock announcement will come as a blow to Nigeria’s religious tourism industry.

Statistics from the Nigerian Immigration Services revealed that six out of every ten travelers to Nigeria go to The SCOAN, with countless local businesses and hotels in the area relying on the church activities for their sustenance.