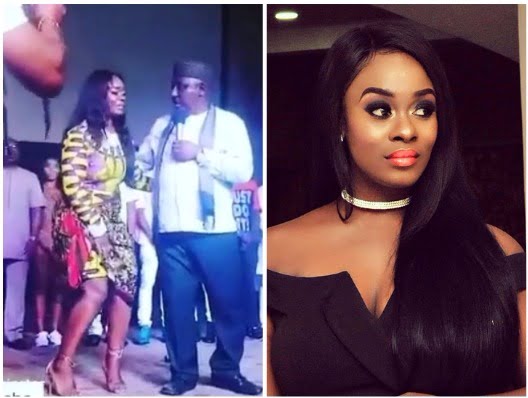 Uriel visited her hometown Oguta, for the first time yesterday alongside other ex-housemates which includes Kemen, Gifty, Thin Tall Tony and Cocoice as part of her homecoming. The governor broke the good news during his ‘Thanky’ speech.

Uriel Oputa was born  and raised in the United Kingdom by her late father and mother.

She is closely related to Charly Boy as her late father  was Justice Oputa’s blood brother.Her father who was a lawyer was a part of Oputa panel before his death.