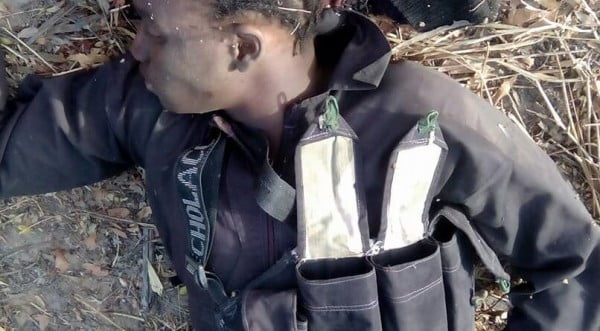 The female bombers who had Improvised Explosive Devices (IEDS) strapped to their bodies while attempting to infiltrate Mamanti village in Jere Local Government Area at about 5:10 am, were prevented by members of the Civilian Joint Task Force.

In the process, one of the bombers detonated the IED on her body, killing herself while the other two were shot dead by security personnel.

“They were intercepted by vigilantes called Civilian JTF.

“In the process, one of the bombers detonated Improvised Explosive Devise (IED) strapped to her body killing herself alone.

“The other two tried to escape but were shot dead by security personnel on duty”.
Chukwu said that the police anti bomb unit had been drafted to the scene to render it safe.