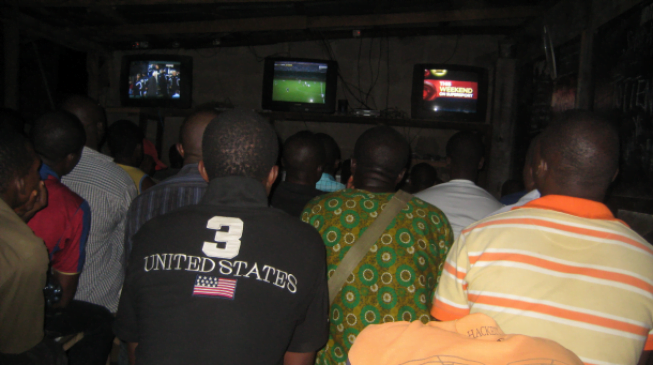 No less than 30 people got electrocuted to death while watching an Europa League football match in Calabar on Thursday evening.

Naija News learnt that A high tension cable reportedly fell on the football fans while they were watching a UEFA Europa league quarter-final match between Manchester United and Anderlecht and electrocuted them ,killing them instantly.

The survivor while Speaking with Punch said, “It happened during the match between Manchester United and Anderlecht. I heard a deafening bang. I rushed out to see what was happening. When I turned back to go inside the viewing centre, I saw a cable coming  down on the centre and this electrocuted the viewers in the hall.

“It was a horrible sight to behold. I wish I didn’t come out to watch the match. Come to think of it, I have DStv at home but I enjoy watching matches at viewing centres. I could have been dead. I can’t believe that the people I was chatting and joking with a few minutes ago are all gone in a most anguishing way. This world is vain.”