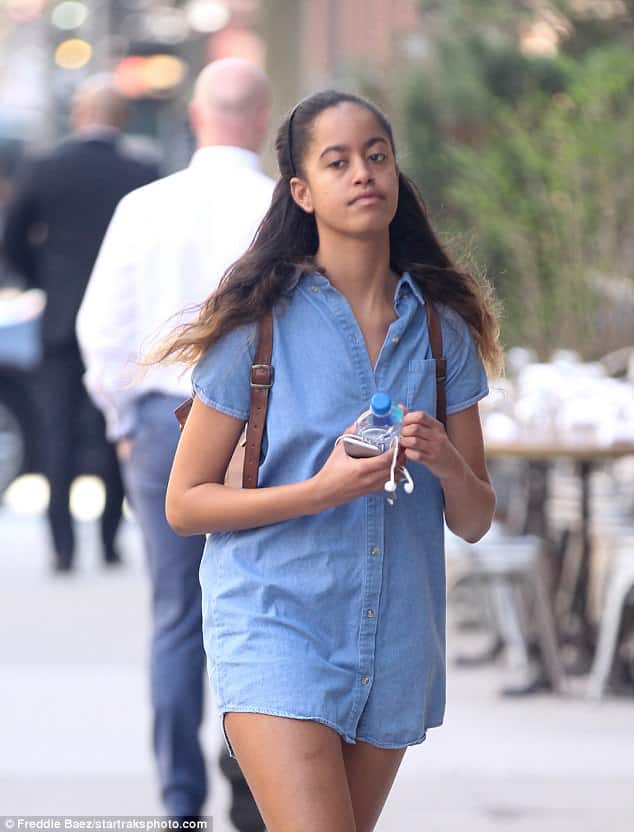 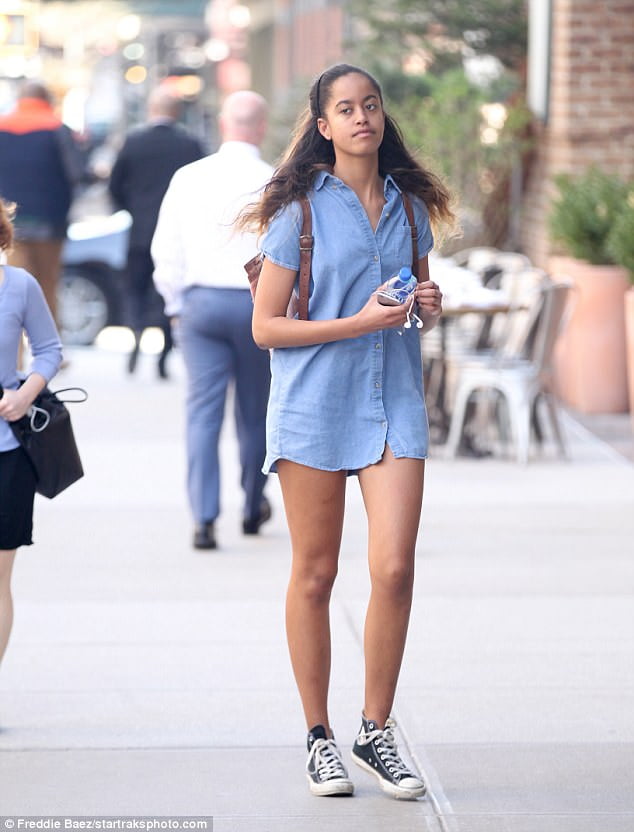 Malia Obama’s outfit to work on Tuesday at The Weinstein Company in New York has sparked a new outrage about the former first daughter’s choices.

The 18-year-old kept it very casual, wearing a short-sleeved blue collared denim shirtdress that showed off her long legs. The shirtdress was very short, as it grazed just the top of her thigh with no leggings, jeans or shorts in sight.

She paired it with black Chuck Taylors and her trademark brown leather knapsack which she has been pictured previously with.

It looked like a wardrobe malfunction waiting to happen although it was the perfect attire for spring.

New York was experiencing some much needed warm weather and sun after the long and cold winter. Malia had spent the winter bundled up in coats which she wore to work each day, and like millions of other New Yorkers, she has welcomed the new season in style.

The future Harvard student will, however, need to be careful sitting down or bending over to pick something up or she might just flash some underwear. 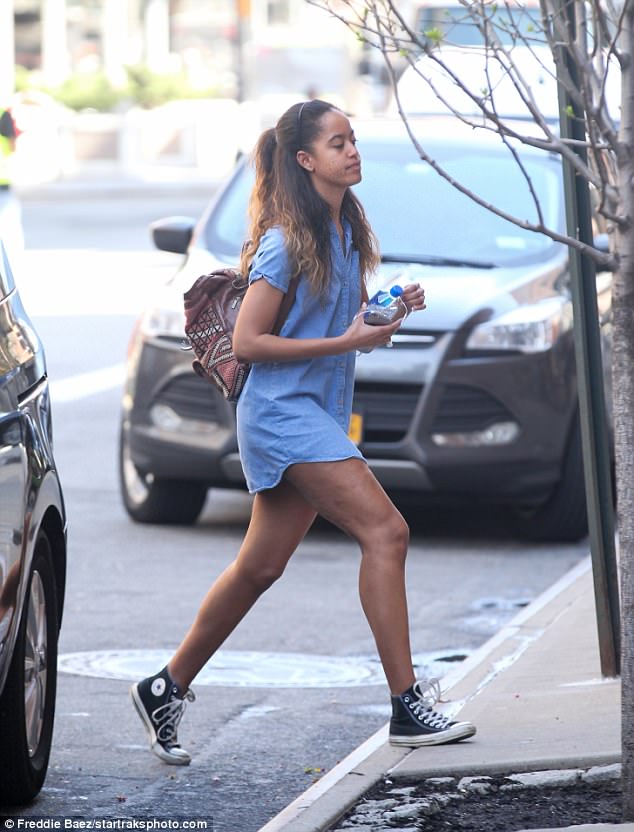 Malia has succeeded in keeping a relatively low profile since her family left the White House in January. Before that, She had been repeatedly been a topic on social media after she was spotted in different music festivals dancing, smoking and drinking.

It is also unclear if she has a Secret Service detail with her with numerous conflicting reports surfacing about her protection. Under the law, however, she is entitled to receive protection.

Malia Obama’s outfit sheds a light on the teenager’s personality. It not only depicts her fashion sense, it describes her fearless character. Such as was seen when just four days after her father vacated the Oval Office, she made her opinion about President Donald Trump clear by joining a rally protesting his plans to revive the Dakota Access pipeline project. 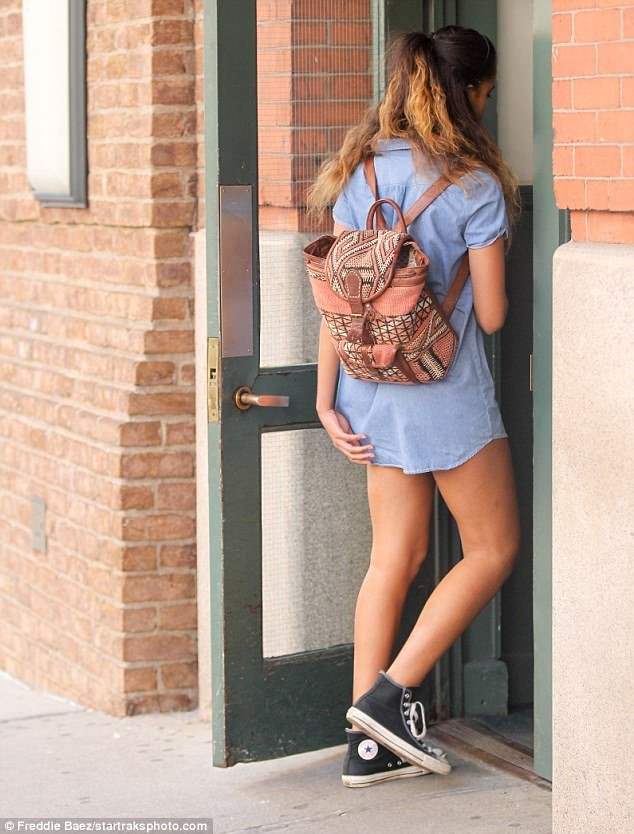 Malia has a few more weeks at the film company where she reads scripts and pitches to top executives for production consideration. She will after that head off to Harvard University but not before spending some time with her family who are in Washington.