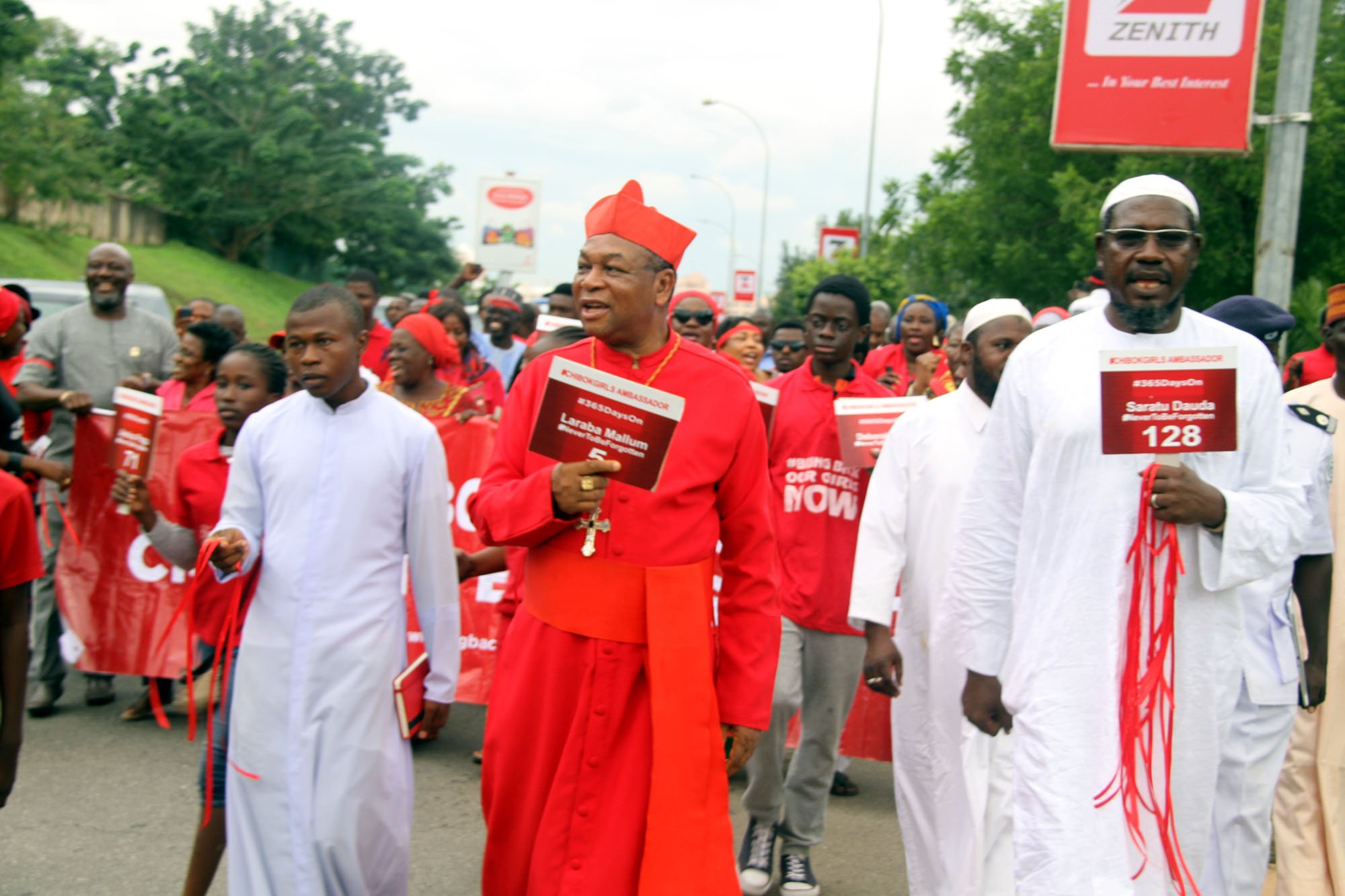 Cardinal John Onaiyekan, the Catholic archbishop of Abuja diocese, has expressed concern over the whereabouts of the rest of the abducted Chibok girls considering the army has announced the defeat of the terrorists from Sambisa forest.

More than 200 girls were abducted from their secondary school in Chibok in Borno by the dreaded Boko Haram sect and while some of them have been rescued, more than a hundred are still being held by the terrorists.

The Cable reports that the archbishop on Tuesday, April 11 noted that the parents of the girls were still languishing in pain due to their children’s disappearance.

He said: “The families of the girls are still languishing and we think there is need to bring attention to that. We are told that the Sambisa forest has been cleared totally. So the question we are asking today is where are our girls.”

“Government should do more to release the girls and to also address the issue of kidnapping in our country.”

Sheik Muhammad Khalid who is the chief imam of the National Assembly quarter’s mosque said the terrorists would relatively have won the war of the rest of the girls are not found.

He said: “We can never allow the terrorists to have their way. If they get free with those girls, then they have relatively won the war. We want more actions from our government. The soul of all Nigerians are important.”

“Today’s match adds a new angle to the series of similar ones that has been ongoing since Saturday, April 8, 2017. This is because it features the face of Nigeria’s two major religions.”

On Monday, April 10, singer and television presenter Charles ‘Charly Boy’ Oputa embarked on a solemn march in demand of the rescue of the girls.

He also carried a banner which read: #IMarchForChibokGirls, #ChibokGilrs will never remain voiceless, My Voice is theirs, what about yours?, #3yearsTooLong, #NoMoreExcuses, #BringBackOurGirls.