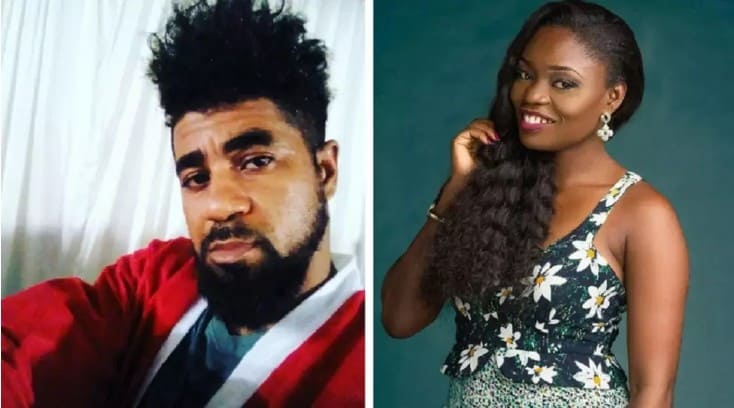 Bisola arrived in Nigeria with Efe on Monday, April 10, after coming out as the first runner-up of the Big Brother Naija show.

On Tuesday, April 11, both Bisola and Efe were hosted to a press conference which also had in attendance some of the evicted housemates.

Bisola Ignored Thin Tall Tony When She Saw Him Today

As it is expected, Bisola and her Big Brother Naija lover boy ThinTallTony (TTT) met for the first time but she refused to give him a warm embrace as she did with the other housemates who all stood to congratulate her. For the two of them it was a drama loaded wehdone sir/ma greeting.

Bisola learnt that TTT was married just few minutes to the announcement of the winner of the show when she saw him at the Lagos live streaming centre with his wedding band on. She felt bad about him hiding his marital status from her while in the house.