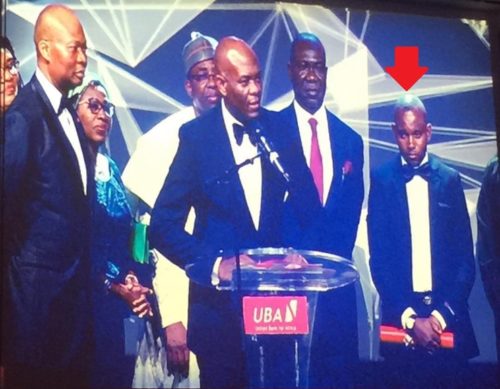 Ibrahim, a security guard at UBA, has been rewarded ernomously for returning $10,000 misplaced by a customer

Nana Udom, an Instagram user has shared the story of the security man who showed integrity by returning a lost $10,000 to its owner.

Below is what became of Ibrahim, as shared by Nana Udom:

“For returning 10,000USD of a customer he found, Ibrahim, a security man with UBA was rewarded with the sum of $5,000 by the governor of Adamawa, $10,000 by the governor of Bauchi, the Deputy Senate President, Senator Ekwerenmadu said He will be announced at the floor of the Senate on Tuesday during plenary and will be given the sum of N5,000,000(Five Million Naira only) by the senate.

Ibrahim was also given an award of Excellence by the bank and several unannounced donations, He is the young man standing next to the Deputy Senate President