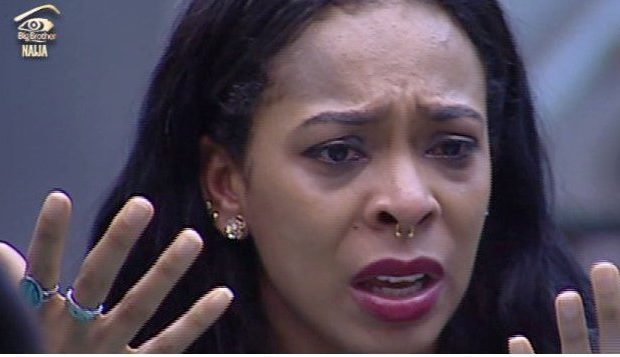 Big Brother Naija housemate, T-Boss says she will engage ex-housemate, Kemen in a physical combat if she meets him anywhere after the show.

Recall that Kemen was disqualified and sent packing from the show after he was caught on Camera fondling T-boss with her consent.

The incident happened while the Nigerian-Romanian was sleeping.

T-boss is still in the lamenting the incident.
Kemen had, however, claimed she hid the truth of what happened between them for N25 million.

While discussing with her now best friend, Debie-Rise, T-Boss said she would slap Kemen if peradventure she runs into him after the show that ends on Sunday.

Tboss claimed that she was on her period when Kemen touched her inappropriately.