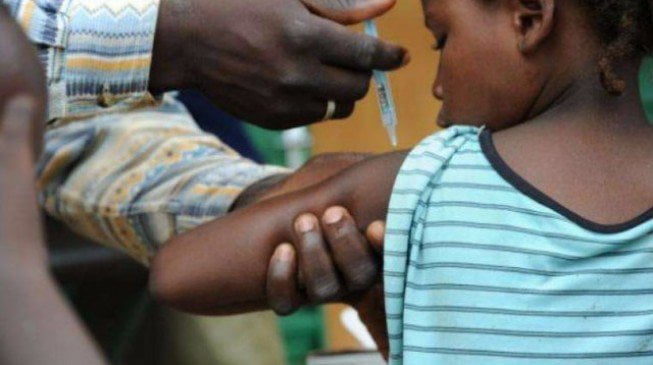 Two residents of Lagos State have been killed by meningitis, out of the three recorded infection in the state.

Naija News learnt that the death toll from the dreaded disease has risen to 438 from the 336 it was three days ago this is according to data released by the Nigeria Centre for Disease Control (NCDC) .

Many states across the country have put health workers on highlight, and have also been sensitising residents on measures to adopt in order to avoid the disease.

NCDC said so far, 3,959 cases of meningitis have been recorded out of which 181 cases have been confirmed

“As at April 5, 2016, 3,959 suspected cases have been reported as part of the current outbreak, of which 181 cases have been laboratory-confirmed,” the organisation said in a statement.

The NCDC said it commenced a mass vaccination exercise on Thursday and that there had been a massive turnout.

“In response to the recent outbreak of Meningitis C in some states in Nigeria, the National Primary Health Care Development Agency (NPHCDA) and the Nigeria Centre for Disease Cosntrol (NCDC) in support to the Zamfara State Government, has commenced a mass vaccination exercise,” NCDC said.

“The campaign started on the 6th of April 2017 in the eight most affected local government areas in Zamfara state, and will continue until April 9, 2017. The campaign targets 300,000 persons aged 2 – 29 years. More campaigns are planned in other States in the near future.”

NCDC said the federal government is collaborating with the Zamfara state government and other global partners on an “intensive sensitisation” exercise to increase community participation in the vaccination campaign.

“Reports from the field indicate early progress in the vaccination exercise. In Zamfara state, there has been a massive turnout recorded in the target local government areas,” the organisation said.

“The secretary to the state government of Zamfara and chairman of the Zamfara state committee for the control of Meningitis, Prof. Abdullahi Shinkafi, is coordinating oversight of the vaccination exercise, in close collaboration with the NCDC chief executive officer, Dr. Chikwe Ihekweazu, who is leading an NCDC technical team to monitor and supervise the campaign.”