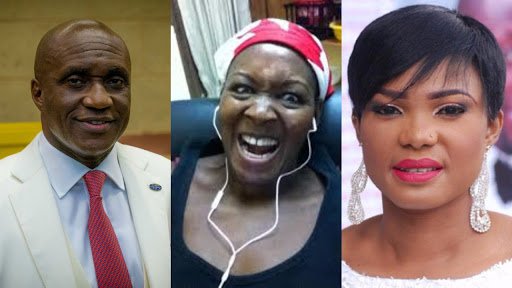 In recent times, we have seen countless posts and articles on why Pastor David Ibiyiomie isn’t acting like a Christian or why he should stop ‘persecuting’ the blogger, Kemi Olunloyo, a woman well known for her frequent defamation of people’s character (a crime under the law) and her ‘garage journalism’ all in the quest to be famous.

Firstly, we should see Pastor Ibiyiomie as a bonafide citizen, a Nigerian, before we take a look at his religious background. He is a Nigerian like every other Nigerian who is entitled to protected rights as eshrined in our constitution. It amazes me that many folks talk about fundamental human rights, yet see everything wrong in punishing people found to have defamed the character of others and criticize the victims when they pursue their rights through legitimate means..

Defamation of people’s character is against the law, whether we like it or not. Anyone who feels his character has been defamed is free to seek redress in law courts. It is not out of place. We should stop hiding under religious doctrines to support character defamation in Nigeria. Things like this are not condoned in saner climes. When you say or write negative things about people and accuse them of doing something evil, you must have concrete evidence. Character defamation is not and has never been a comedy or joke! Such things can cause damages and crises in the homes or organizations of victims. Now, we talk of forgiveness?

Why did Ananias and his wife, Sapphira die when it was said they told a lie? Why weren’t they forgiven by God and the apostles as we have been told in the Bible? Irrespective of our different religions, you cannot separate the laws of the land from the citizens. Even Jesus recognized the laws of the state as at then when he paid taxes to the Roman government. In essence, the law should be allowed to take its course irrespective of our religious doctrines.

Most of these folks castigating Pastor Ibiyeomie never cared to caution Kemi Olunloyo when she was busy writing stuffs about people where there was no concrete (even soft) evidence. The hypocritical nature of many Nigerians has come to play again. How many articles did we read cautioning Ms Olunloyo when she was writing what she wrote?  Now, we are seeing floods of posts and articles on social media condemning the pastor on his stand.

Sincerely speaking, being a Christian does not mean one should not exercise his or her fundamental rights; it does not mean one should condone character defamation. How many of us do ask if Kemi Olunloyo had any evidence to prove her claims as at when she wrote about the pastor. I am not speaking as a religious person; I am speaking as a Nigerian citizen who is much aware that citizens possess fundamental rights which they should enjoy. I don’t know Pastor Ibiyiomie personally and I have never been to his church before. I am not one of those who shout “judge not” or see pastors as saints. What I am saying in essence is that Nigerians should stop criticizing the man because he decided to take a stand that would see that his rights are protected by the law. What is the essence of a crime when there is no punishment?

Kemi Olunloyo deliberately defamed a citizen’s character. That is the fact; whether it involves a pastor, magician, juju priest or a Bhudda whorshipper is irrelevant here. She should face whatever punishment the law dishes to her. Let it serve as a lesson for others who defame the character of others, especially, on social media, as a thing of joke or to increase popularity.