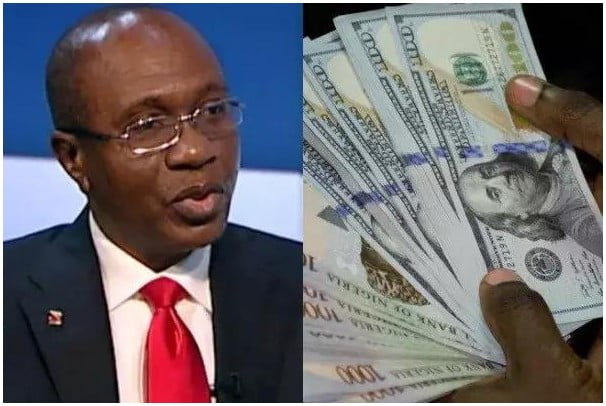 The Central Bank of Nigeria says it would inject more foreign exchange with a view to ensuring liquidity in the market and strengthen Naira against dollar.

The apex bank’s acting Director, Corporate Communications, Mr. Isaac Okorafor in a statement said the bank wants to disabuse the notion by market speculators that it wouldn’t be able to sustain its forex intervention.

He said that the bank would again, early this week, inject more foreign exchange into the market, leading to a further weakening of the dollar.

“This is in addition to the further increase in the sale of dollars to the Bureau de change operators from 8,000 dollars to 10,000 dollars per week,’’ he said

Okorafor warned commercial banks and other dealers to desist from sabotaging the efforts aimed at making life easier for foreign exchange end users.

According to Okorafor, the CBN had received complaints from customers over frustrations in getting foreign exchange for invisible items like tuition fee, medicals, personal and basic travel allowance.

The Bank urged the general public to report any bank that failed to meet customers’ needs after due documentation.

It once again reiterated its determination to deal with any official or institution found to be sabotaging the operations of foreign exchange market in whatever guise.

It would be recalled that the Naira closed at N394 to a dollar on Friday, which translated to 10 per cent depreciation of what was recorded earlier in the week.

The depreciation was attributed to the alleged hoarding of forex by banks rather than selling to genuine customers.

Analyst believe that with the twice weekly sale to BDCs up to 20,000 dollars, the Naira is likely to appreciate in the coming week.