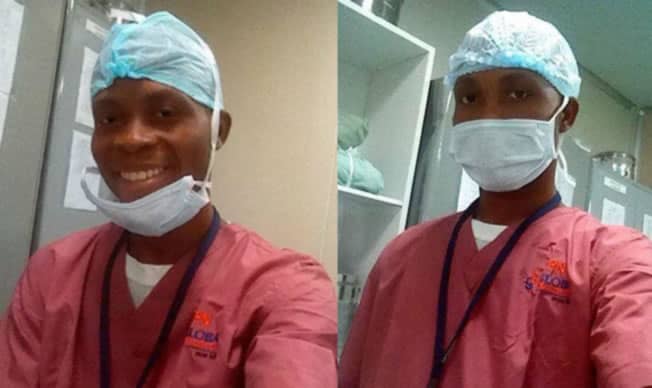 A Port Harcourt-based nurse, Oji Allwell, raised alarm over false news claiming that he committed suicide by jumping into the Lagos lagoon from the Third Mainland Bridge on Sunday.

The nurse was forced to speak out after many online news organisations used his picture along with the story of Allwell Orji, the Lagos-based doctor that actually committed suicide.

Oji’s photos along with the suicide report went viral late on Sunday and led many of his friends to believe he had taken his life.

In a video uploaded on his Facebook page, the nurse informed his friends and well-wishers that he was alive and well.

He said, “Good afternoon my beloved friends and well-wishers. My name is Oji Allwell, I am a nurse. I am making this online video in regards to the news that has been trending online about me being a medical doctor who jumped into the lagoon.”