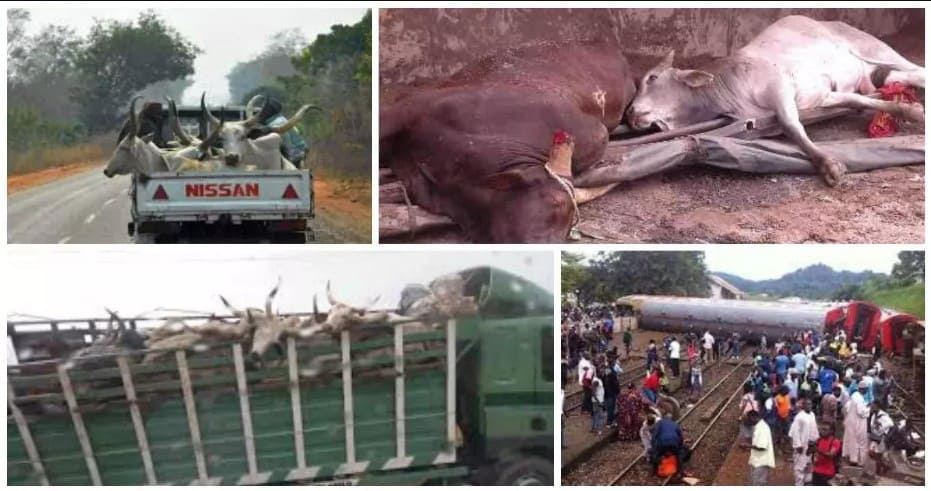 No less than fifteen people died on sunday after a truck loaded with passengers and cattle lost control on a bridge and crashed into a river,

According to the Adetunji, the Adamawa Sector Commander of the Federal Road Safety Corps (FRSC)  the accident happened at about 10p.m. on the Ngurore Bridge on Yola-Numan Road.

He said that before the arrival of FRSC personnel at the scene, the victims had been evacuated to the Federal Medical Centre, Yola, and Specialists Hospital, Yola.

Adetunji said that the numbers of injured persons had yet to be ascertained.

“I received a call at about 22:00hours on Sunday that there was a crash on Ngurore Bridge on Yola-Numan Highway.

“On arrival at the scene, we discovered that it was a truck carrying cows and passengers that lost control and fell into the drying river,” the commander said.

According to him, six dead bodies were deposited at the Federal Medical Centre and nine at the Specialists Hospital.

He advised motorists to shun night driving as well as avoid transporting human beings and animals in the same vehicle.

Meanwhile, in the video below, Nigerians have continued to react to the return of President Muhammadu Buhari after 51 days of absence.