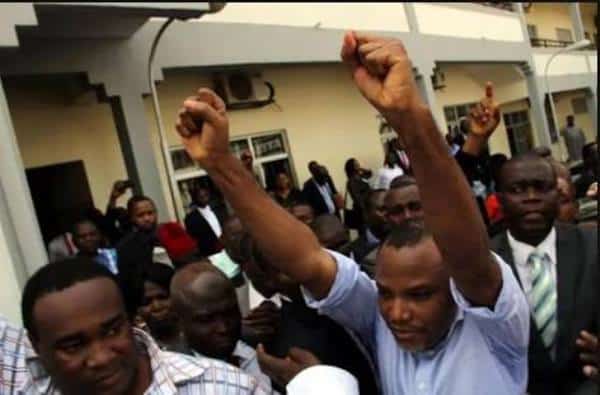 France , a former friend of Biafra in the 1967 secession bid, has ruled out any support for the secession of any part of the country, particularly Biafra.

France’s Ambassador to Nigeria, Denys Gauer, told The Guardian, that his country would not in anyway work with any group agitating for the dismemberment of the nation.

He said France was working with Nigeria and supporting it as a country.

Speaking against the backdrop of France’s previous support for Biafra during Nigeria’s civil war, Gauer pointed out that Nigeria has evolved since the civil war.

France has been cooperating with the country to overcome its challenges, especially the fight against insurgency.

However, Leader of the Movement for the Actualization of Sovereign State of Biafra (MASSOB), Uchenna Madu told The Guardian that the struggle for Biafra “is real and cannot be stopped by any man created by God”

He added: “We in MASSOB do not believe what he said because that does not represent the position of France. France is a friend of Biafra and even during the Nigeria/Biafra war, they assisted us so much.

“In this current agitation for Biafra, France has sympathy for us. We advise our people to disregard what he said. We think that the Nigerian media misinterpreted what the French envoy said.

But the French envoy further pointed out that there is no future for Biafra and urged proponents of secession or Biafra to continue to be part of the country.

He disclosed that France is working with the country in its fight against insurgency, saying the fight against Boko Haram has brought the two countries together, more than before.

The Ambassador explained how France helped the former Goodluck Jonathan government to organise a regional meeting with neighbouring Francophone countries, Chad Cameroon and Republic of Benin, in Paris, in 2014, following which the Multinational Joint Task Force, MJTF was established to fight Boko Haram.

“Apart from encouraging neighbouring African countries to cooperate with Nigeria we have also developed a strong bilateral relationship with the Nigerian Armed forces.

In May 2015, the Defence Ministers of Nigeria and France signed a cooperation agreement between the two armed forces, which we did not have before.

Nigeria’s Chief of Army Staff, Gen. Tukur Buratai, recently warned those agitating for an independent state to “forget it.”

The groups are Independent People of Biafra (IPOB) and the Movement for the Actualisation of the Sovereign State of Biafra (MASSOB) .

Though they have the same aim, they are rival groups; and have consistently clashed with themselves and security agents.

Speaking in Abuja after receiving an award conferred on him by a coalition of over 80 civil society organisations (CSOs), Buratai said the army would not condone any act that could lead to the disintegration of the country.

“Those individuals and groups that are bent on destablising our country I think they have to wait till may be the next three or four millennium for them to do that. That is, may be the next generation of officers and men will allow them at all,” he said.