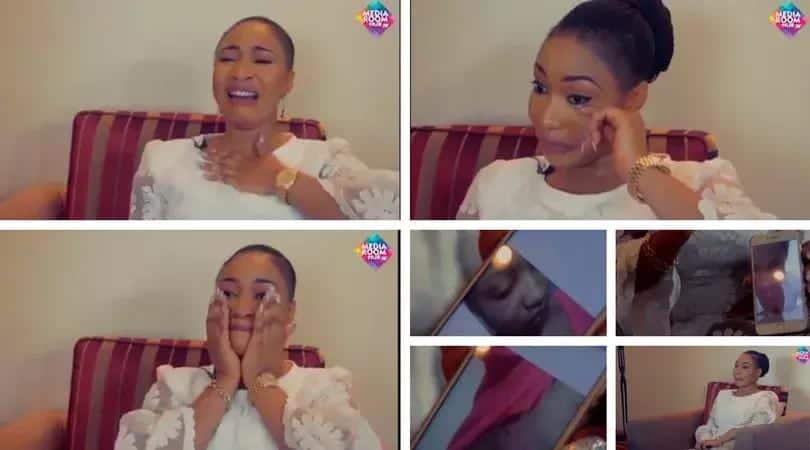 Following the video of an interview granted by Nigeria’s Nollywood actress Tonto Dikeh attacking her estranged husband that went viral online, a cross section of Ghanaian journalists including popular Joy TV station stormed the Accra based police station to verify claims from the actress that she ran to the Nigeria Embassy in Ghana Unclad as a result of domestic violence with evidences of pictures and video at their custody.

Supt. Joseph Oppong, Crime Officer at the Madina Divisional Police, revealed in a 26 minutes video that Tonto Dikeh gave a misleading information about the incidents in Ghana she referenced to.

It was disclosed that she never went to the Embassy Unclad as she claimed, rather when the case was reported and she was arrested while damaging properties at the Ghana home, the Crime Office contacted the Embassy to inform them and sent a female officer with her.

The top Ghana Officer who headed the case, refuted claims that it was a case of domestic violence. That the actress was misbehaving and the neighbours confirmed she came in with a bottle of Vodka by 3:am, possibly drunk as she destroyed properties worth over 15,000 US Dollars which she also consented to in her written statement.

In the heated interview from different stations, the Supt. Joseph Oppong shockingly revealed that Tonto Dikeh almost gunned down one of the househelps who tried restraining her while she caused the damage in the whole house.

Joy TV pressed on for their viewers to know if Mr Churchill Oladuni should have a gun, and the officer buttressed that it was a licenced pump action which Tonto Dikeh got after she broke the husband’s safe.

It was said that it was the timely intervention of the Police team that saved a life as the boyfriend was not in the house as at the time of the havoc.

Watch the full exclusive Video from Ghana No.1 Tv station of the shocking, mind blowing and revealing video as the case was said to be withdrawn by the estranged husband in 2015