It seems its time for for Arsenal manager Arsene Wenger to take a bow, as fans of the club are already gathered at emirate protesting that wenger should go. 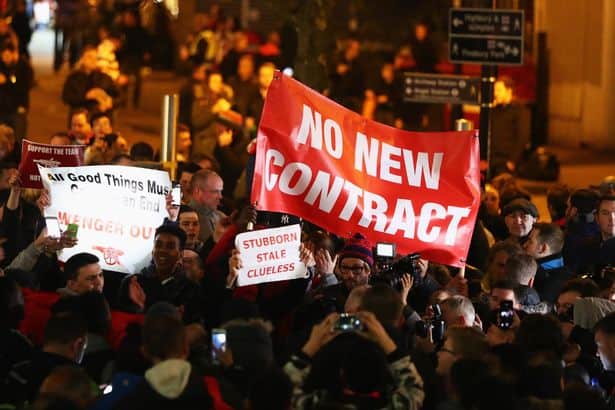 Fans have gathered outside the ground (Photo: Getty Images Europe)

Over 200 fans gathered at the stadium entrance before the Champions League last 16 second leg tie with Bayern Munich.

The Gunners started the game 5-1 down having been humiliated in the first leg in Germany a feat that repeated itself on the return leg.

The protesters carried banners and signs including one that read ‘No New Contract’ with the Frenchman set to leave the club in the summer if he doesn’t sign a new deal. 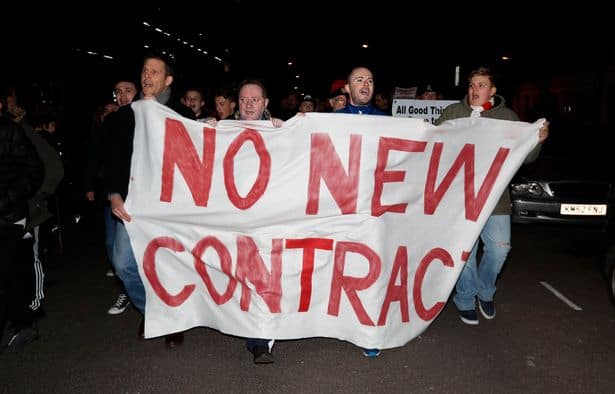 They also chanted ‘Wenger Out’ as the marched towards the stadium.

Wenger has hinted that this could be his final season at the Emirates, amid growing fan disapproval following another season where the Premier League title appears to have disappeared. 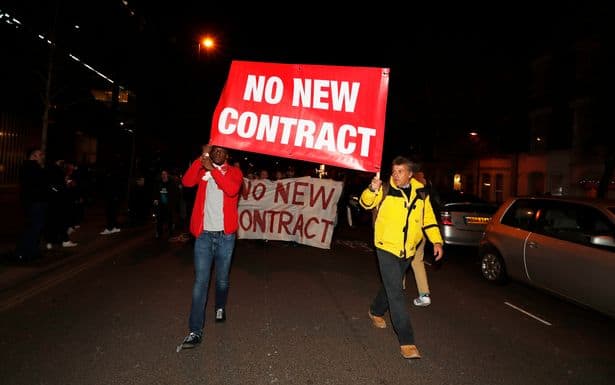 Fans have gathered outside the ground (Photo: Getty Images Europe)

The Frenchman has been in charge since 1996 and has won countless trophies with Arsenal, including the Premier League and FA Cup, which he won most recently three years ago.

READ ALSO  Arsenal Vs Liverpool: All You Need To Know About Community Shield Match

There are strong indication that former Arsenal striker, Thierry Henry, will replace Arsene Wenger as Arsenal coach if wenger decides to leave.