According News Agency of Nigeria reliably learnt that the IGP briefed the acting President on efforts so far made by police to rescue the victims unhurt and apprehend the kidnappers.

The police had since dispatched a team of Special Police Forces and Police Investigators to work in synergy with the police command in Kaduna State and indigenes of towns and surrounding villages where the archaeologists were kidnapped. 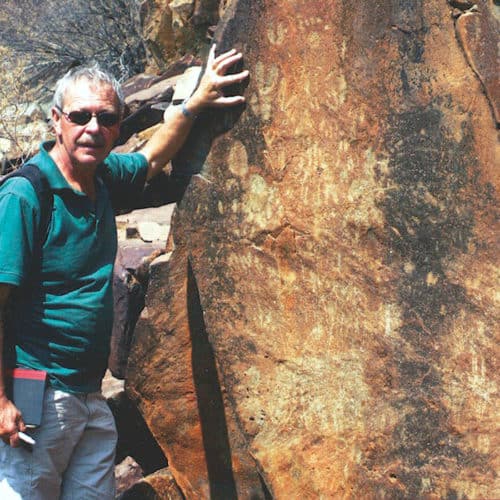 Professor Peter Breunig: one of the Germans kidnapped in Kaduna state

The Special Investigation Team on Kidnapping and Terrorism Cases under the Command of the Deputy Inspector General of Police, Department of Operations, is also participating in the rescue operation.

The kidnapped archaeologists, working in collaboration with National Commission for Museum and Monument on the relics of NOK Culture in Nigeria, were kidnapped on 22 February at an excavation site in Kadarko Local Government Area of Kaduna State.

Two members of the local community in company of the Germans were killed during the kidnap.

Reactions As Salamatu Gbajabiamila Rocks Expensive Designers Worth Over 12M