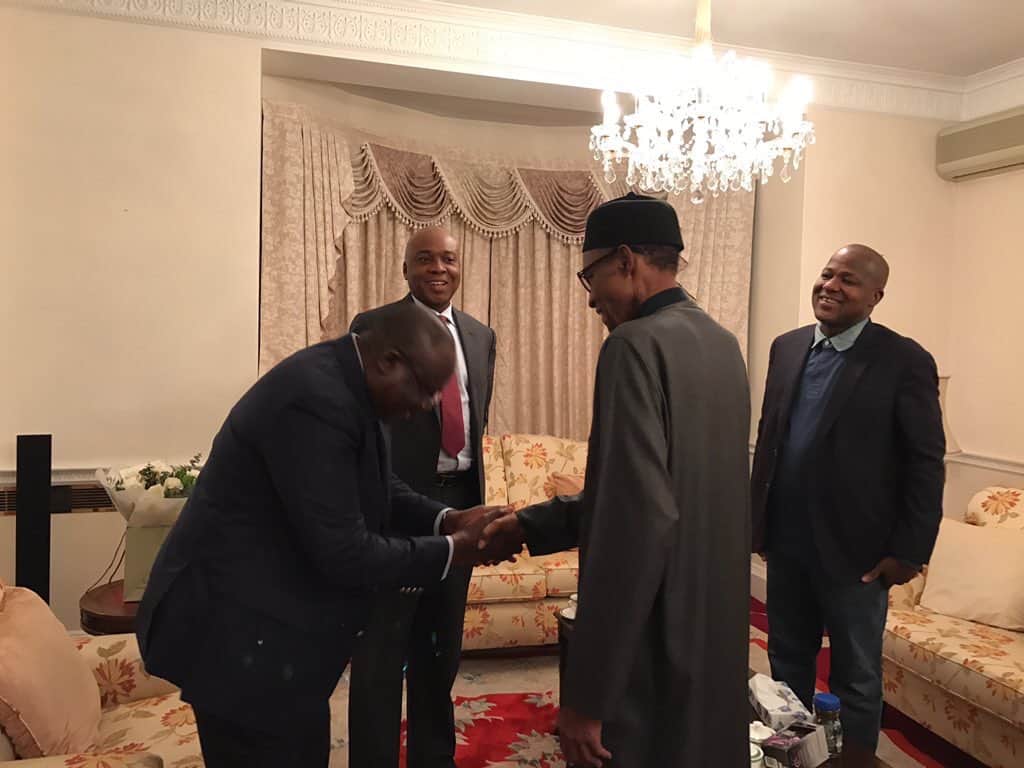 A group, Coalition of Urhobo Nation Youth Leaders and Stakeholders (CUNYLS), has challenged presidency to release video recording of President Muhammadu Buhari, who is currently in the United Kingdom on medical vacation.

The group asloIt also demanded a public presentation of the president’s health status.

CUNYLS further noted that to restore confidence, former President Olusegun Obasanjo and former Vice President Alex Ekwueme should lead a delegation of statesmen on the visit.

“We demand that a delegation of statesmen led by a former president pays a courtesy visit to Mr. President in London, or wherever he is, and this visit be visually recorded and relayed to all Nigerians.

“We demand that the president’s state of health be immediately publicly declared for the benefits of all Nigerians.

Advertisement
“We recommend former President Olusegun Obasanjo and former Vice President Alex Ekwueme to lead such delegation”.
The coalition, while lamenting unconfirmed speculations on the health of the President, vowed that it would resist any attempt by a small cabal to cajole Nigerians.

‎”We must state here that efforts by the presidency to stifle these rumours has rather given more impetus to the rumours.

“Perhaps it has not come to the realisations of the relevant authorities, but we must state here, that this current state of cul de sac and grave yard silence is an open invitation to power tussle, political imbroglio capable of destabilising the current government from actualisation of their campaign promises to our people.

Advertisement
“The desperation of members of the Presidency begs the question, if the President of Nigeria is healthy enough to receive guests stemmed from his political party’s leadership, why couldn’t he grant a live audience to multitude of Nigerians who thronged to demand that he addresses them,” the group quipped.
Related Topics:BuhariHeadlines
Continue Reading ❯