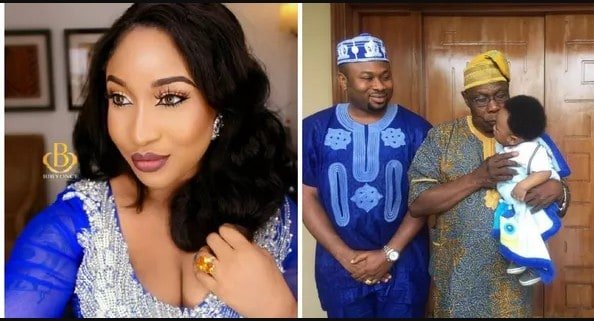 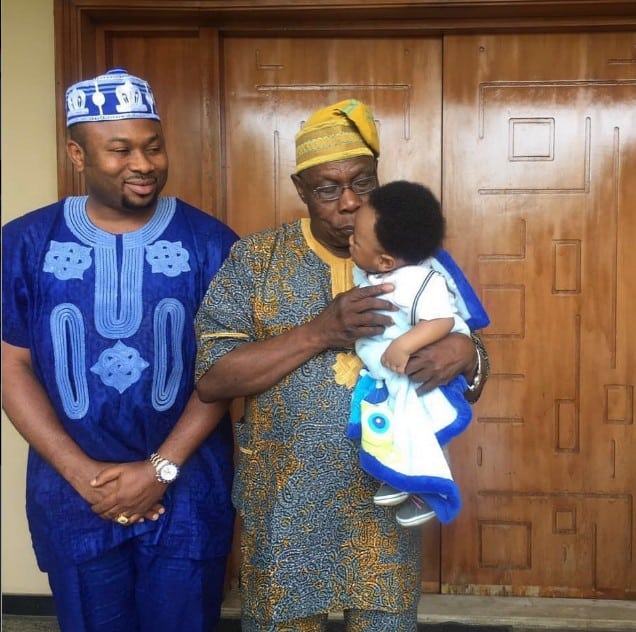 Andre’s dad Olakunle Churchill is a nephew of former president Olusegun Obasanjoas his father is said to be the son of the former president’s younger brother thus his taking his son to greet the ex-president.

Today, Friday, February 17, 2017 is King Andre, as their son is fondly called, birthday and we thought of bringing you this throwback photo of Obasanjo kissing him while his father looks on with admiration. 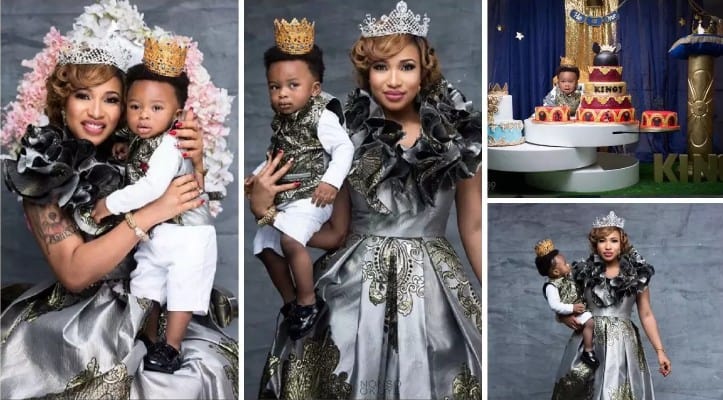